The recollection of childhood summers evoked a seasoned memory of selected gifts contained in a painted cabinet. This is how the joy of reclaiming and savouring products has been translated into a contemporary internet enterprise 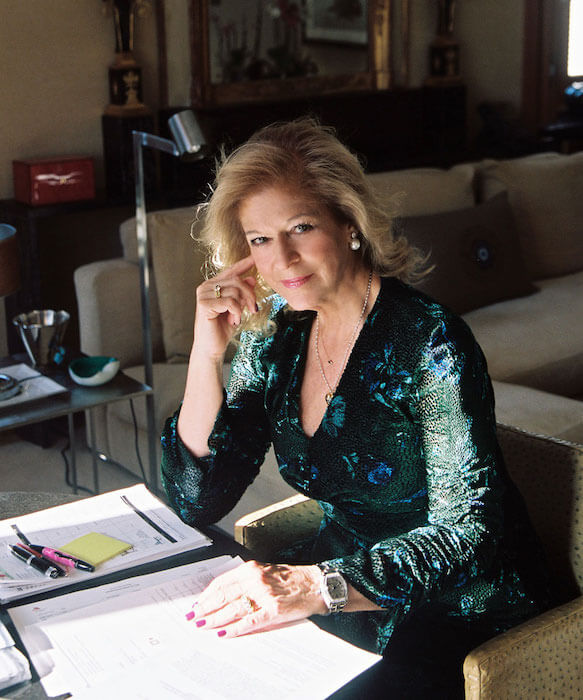 The memory begins with a deliciously hot and languorous afternoon yawning ahead of me. I am in our summer house in Chios, constructed just above citrus orchards which today are gently rustled by a breeze. The August heat outside has reduced from its midday ferocity to a soporific, enveloping warmth causing silence in the garden beneath, except for the crickets whose desiccated wings rub together and buzz rhythmically.

However even that clamour tends to lull me.

The long balcony at the front of the house with its serrated wooden balustrade and louvered shutters, is baked by the heat. The light is still crisp, not yet mellowed by the sun’s descent behind the mountains to the west in the early evening, when the sweet smell of the lawn and colourful flower beds below drifts up to my room and the occasional bat swoops by to terrify me. 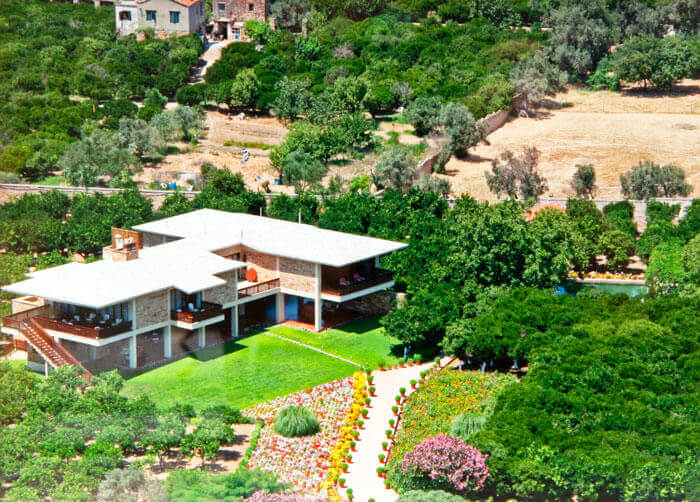 After visiting a noisy and crowded beach and before the onset of the evening’s activities, this is the “quiet time” when I can sit with my mother, on the bed, in front of a painted cupboard.

She opens it with a key secured by a silk thread tassle and entrancing scents emanate from it. Recollection probably distorts the contents but they were a mixture of English and Italian luxuries. London was our home and she had tucked away in her ample suitcases pale wood boxes of Bronnley’s lemon soaps, as large and puckered as the real fruit itself, Floris sandalwood bath oil, glass bottles of Roger & Gallet eau de cologne with its elaborate turquoise label, a floral fabric sewing kit and a vagrant silver thimble. There were a variety of desirable pens and pencils and embossed stationery and hand creams from Florence which was a city dear to her. Tucked into the corners of the cabinet were shells we had collected together, encrusted with salt and sand, postcards and some greying old photographs.This cabinet, made around 1760, is in the Rococo style depicting Greek and Persian figures from antiquity.

Tucked into the corners of the cabinet were shells we had collected together, encrusted with salt and sand, postcards and some greying old photographs 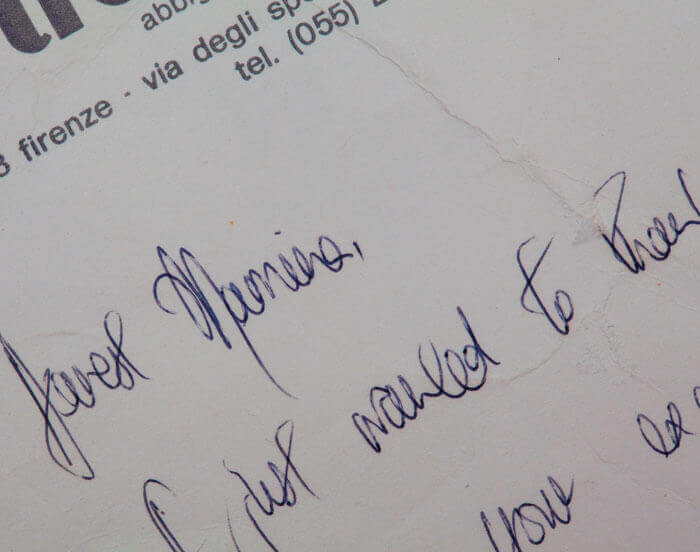 As a child, I had always stood alone in a room, narrating stories out loud based on whatever ornaments were there. In my grandfather’s living room in Monte Carlo, the protagonist was a seated porcelain German Shepherd dog whose pink pendant tongue had broken off and been glued together. In the marble bathroom of my mother in Athens, two glass figurines of blown Murano glass with swirling skirts captured my imagination. In Chios I spent my hours and weaved my tales around the graceful couple Kalim and Bohvé, depicted on the cabinet. 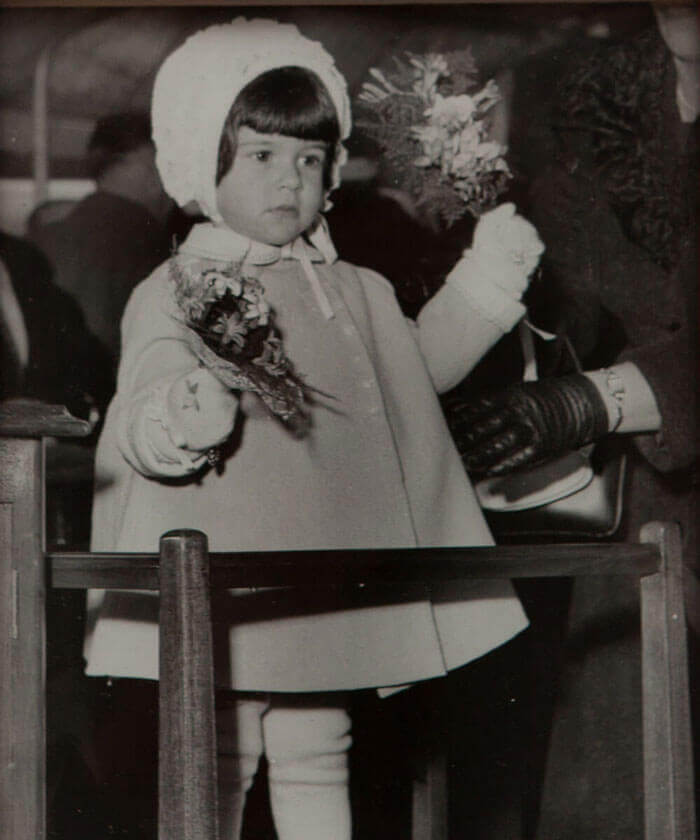 In our London home where I grew up, my treasured location in which to hide and dream was the bar cabinet long before I was aware of the lure of alcohol! On top of side boards of lustrous red and gold wood, glinting crystal glasses and decanters stood with delicate silver ashtrays and swizzle sticks beside them.The walls were lacquered red and the ceiling was a sectioned dome of glass, fretted with gold and lit from within. My first magic cabinet! As every child, I adored the idea of a cupboard as a refuge, a possible route into another world, like that of Narnia in C.S. Lewis’ books.

I preserved the concept of this painted cabinet in Chios, replete with a medley of small objects, some precious for their fragrance, others for their eccentricity, others for their link to my mother. When she would fill it up with surprise presents at the start of every long, carefree summer, she chose foreign objects as the trend of Greek artisanal products was as yet unknown.Fifty years on, artists, gastronomers, distillers and cosmetologists have drawn on the country’s resources to create an exciting treasure trove of products. My belief is in the purity and rarity of the basic roots of Greece, its soil, sun and sea coupled with the energy and resourcefulness of its people and this is what I am showcasing. 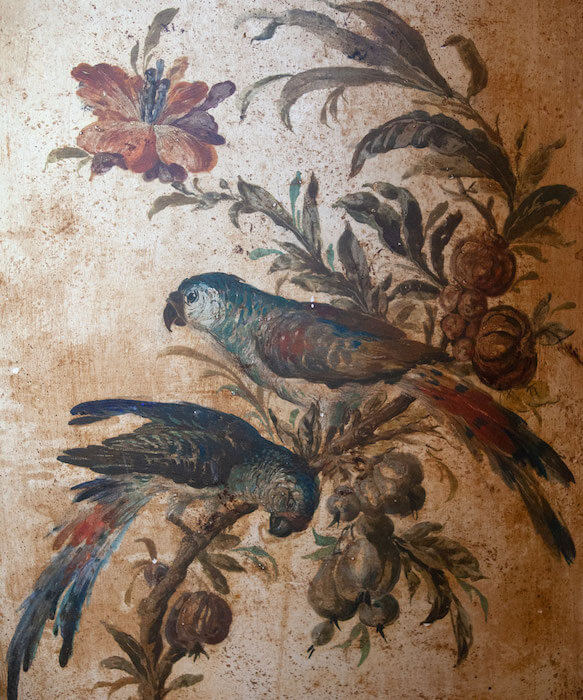 Every object in the eshop has been chosen, tried and researched by me and is accompanied by a text compiled from interviews with the producers telling how and where I discovered it, the memory and idea which led to its creation and the narrative of its origin.

My mother taught me to discern a sense of taste, to appreciate the simple as well as the elaborate, to set a dinner table with an eclectic mix of brand new and old, valuable and ordinary, to organize my thoughts and proceed with the tasks I needed to do whether professionally or on a deeper level.I shall never cease to miss the tranquility of her presence and the wisdom of her selected words.

A Magic Cabinet is a tribute to her and also a new beginning for me in this vast world of the internet. Our collection of what we sell is curated with care and energy, the texts written with stringent research yet exuberance. My decision to invite guest bloggers from many different professions was based on my belief that everyone has a Magic Cabinet whether real or imaginary, a quiet and concealed repository for dreams, inspiration and treasured objects. Our guests contribute their choices to the e shop which is thus constantly refreshed.

A Magic Cabinet’s world is a small and selective one. We present all our producers, no matter their price point, with respect and pride within a piece of furniture whose volume is limited, where a variety of objects are stocked side by side and where value is not always denoted by its price.

Welcome to A Magic Cabinet!