The vibrant Maya Tsoclis opens her own magic cabinet and guides us around her carefree black and white summers, travels and “treasures”.

What could my Magic Cabinet include? What sticks in my memory? Which were those special moments, objects or treasures?

All I need to do is close my eyes and I’m a child again, in Hydra. The sea and in the distance Dokos and the Peloponnese, a red halo-like sunset. My dad, my mum and my Eleni. Being woken up by the neighbours chatting. «Billioooooo, hey Billio». The sound of aluminium buckets against the stone walls at Kala Pigadia. Going past the Saitis bakery and then eating the dough, while walking with my dad and our fishing rods on the way to Sfagia. Staying in the sun all day like street urchins and diving off the rocks at Spilia. Eating goat in lemon sauce at Katsikas and then heading home up the hill. Burning sun, heat and cobblestones made shiny by the friction with horseshoes. Having a cold shower in the yard and eating watermelon out of the fridge. Going to the open-air cinema at Gardenia and always being hit by that intoxifying primrose aroma on the corner before Kyra Sofia.

Happiness is a double-edged sword! Those black and white, carefree summers have etched themselves in my memory so strongly that anything else pales in comparison. 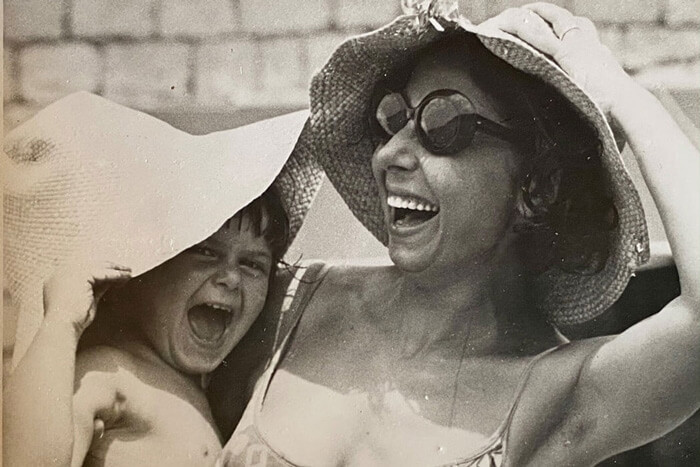 Happiness is a double-edged sword! Those black and white, carefree summers have etched themselves in my memory so strongly that anything else pales in comparison. 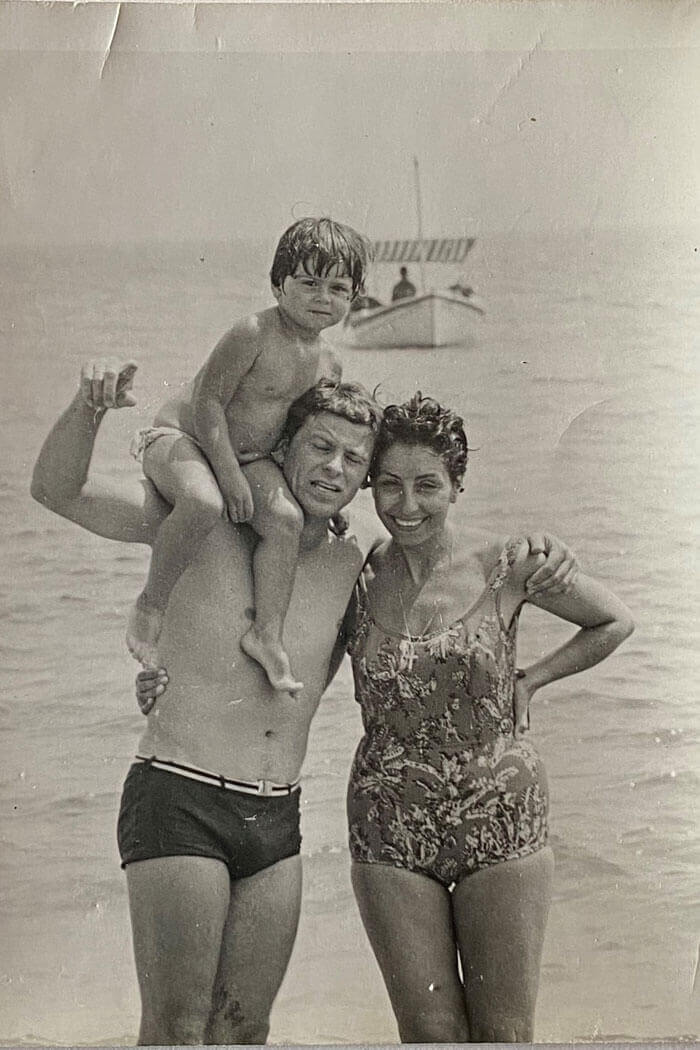 My foray into fashion

I got older, spent time abroad and then returned to Greece. I worked with Yiannis Tseklenis for a few years and my love for fashion really took hold. I made clothes for a while, trying on a windswept Cycladic island to recreate that feeling, which a textile can leave on your body after you have removed it. From that period my keepsake would be a much loved dress.

Citizen of the World

Then I caught the travel bug, going around Greece and then the rest of the world. My documentary series «Travelling with Maya Tsoclis» has been on air for 20 years if you count the hundreds of reruns. We introduced our viewers to places that no longer exist, we met people and heard stories that made us re-evaluate the meaning of life. 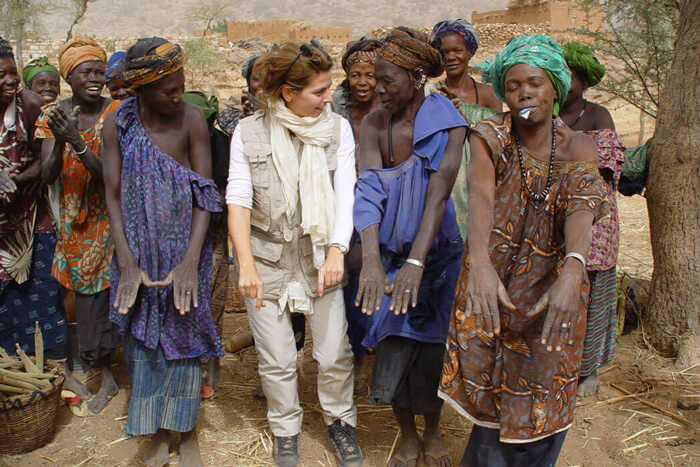 We introduced our viewers to places that no longer exist, we met people and heard stories that made us re-evaluate the meaning of life.

In my magic cabinet I would store the tools that I was able to record these experiences with: My camera, computer, mobile phone, dictaphone and the wonderful open date notebooks by The Writing Fields. 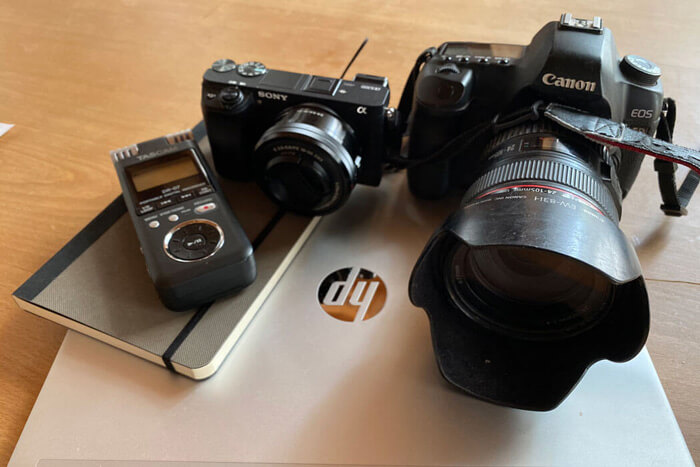 I would naturally include my jewellery from places like Afghanistan, Pakistan, India, Iran and Mexico and other objects that have very little monetary but big sentimental value. Most of them have to do with people’s faith: in their gods, spirits and leaders.

In order to keep the evil eye at bay, I would also include an Amalia Petali charm. 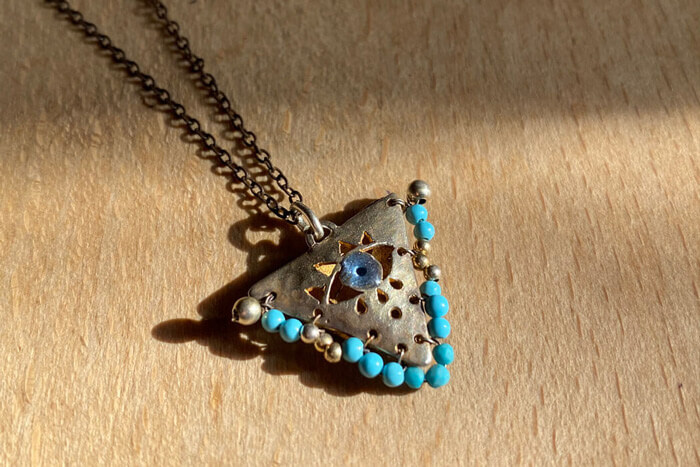 We have to sin every now and then so for life’s necessary sweet notes so I would add a vanilla spoon sweet (known as a submarine in Greece). I always need my father holding my hand so some books with his articles and thoughts are my steady companions.

Where do you think you’re going without NISOS beer?

How could I possibly not include the best beer in the world in my magic cabinet? There is a Greek proverb that says that if you don’t sing the praises of your own house, it will fall on top of you and in this case my house is objectively good! I would have a few NISOS Pilsner (silver award in the Pilsner category at the European Beer Star event) and a few NISOS 7 Beaufort (first place at the Brussels Beer Challenge). These would be enough to show everyone that some Greek products, in fact Greek island products, may come from small companies but can be stand up against their international competition!

That’s all from me for now. My collection of objects, experiences and ideas continues! 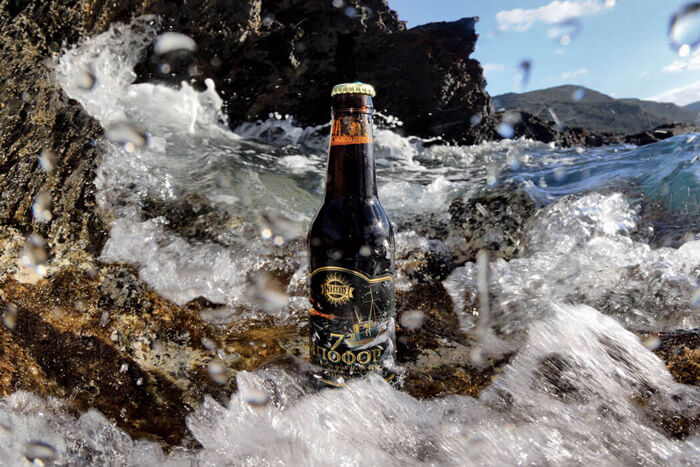 Maya Tsoclis has become synonymous with travel writing. After studying sociology in France and spending a decade working in fashion, she moved on to TV. She wrote and produced the documentary series “Travelling”, one of the longest running Greek TV series, still shown on reruns to this day. Being a seasoned travelled, her next step was to create, alongside a team of like-minded people, Passport travel magazine. Part of Kathimerini newspaper’s editions, it established the idea of experiential travel. After a short but painful passage through the political arena, she delved into the unknown. She is one of the founders of the Cycladic Microbrewery in Tinos, the producers of NISOS beer. She also launched the annual free magazine “Tama, the Tinos free press” as well as online travel magazine www.travelsbytravelers.com, with some of her old Passport colleagues.