Greek-American businesswoman, former HuffPost chief of staff, and corporate lawyer recounts her Magic Cabinet, which summons cherished thoughts, convictions and even sensory experiences which she seeks to preserve in her mind.

My Magic Cabinet has taken on different manifestations over time: from a crevice in my childhood closet, to the wardrobe I inherited from my sister when she left for college, to a wooden chest my brother had carved for me during an air force mission in the Philippines. As I live between LA, NYC and Athens, I had to begin transporting my collection of cherished pieces loosely – but I have a yearning for a more permanent magic cabinet to house them, as inspired by Eugenia Chandris.

Icons from Mt. Sinai in Egypt

A triptych icon from my visit to Mt. Sinai, which includes iconography representing both the Old and New Testament. The visit was with my godmother and included hiking Mt. Sinai overnight for sunrise and staying at the ancient Greek Orthodox monastery at the base. The monastery has a treasure of icons that have been protected over seventeen centuries. I keep this triptych next to me while I sleep.

My grandfather is from Chios – a Greek island famous for, among other things, mastiha. Mastiha is the natural resin that flows as tears from the mastic tree, and is known for its medicinal qualities. I keep mastiha tears on hand – to cure the ailment of the day or just to reconnect with my heritage. Chios is special to me – there is a street named after my family in my grandfather’s village, and we always make sure to check on it.

Chios is special to me – there is a street named after my family in my grandfather’s village, and we always make sure to check on it. 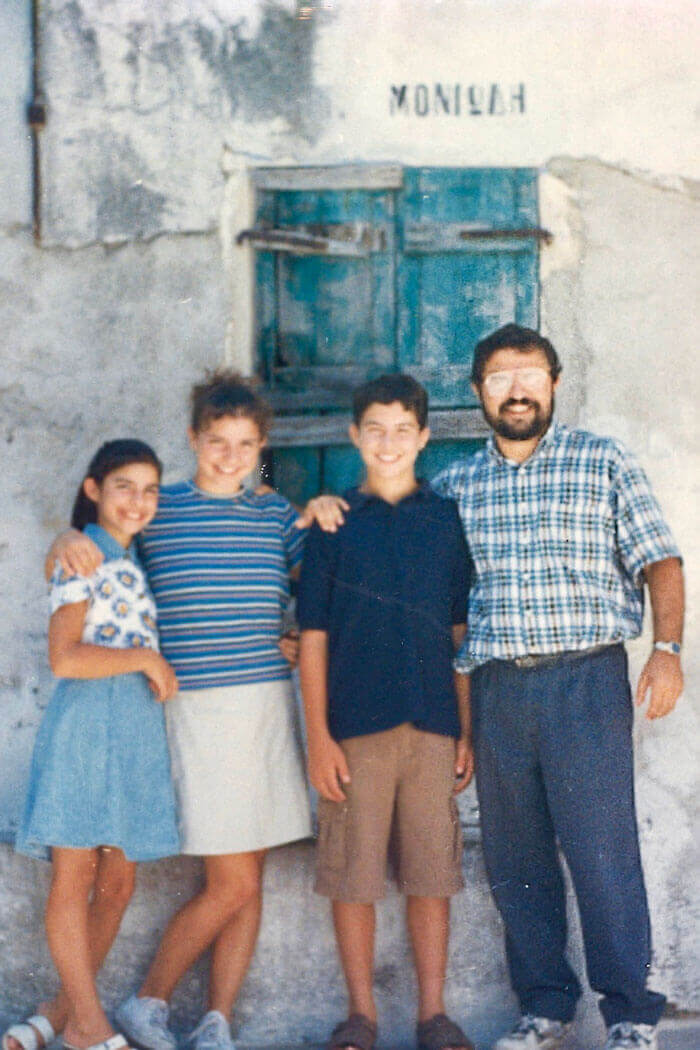 Leaf from a hybrid tree

Unknowingly, I created a hybrid tree when I was a child by planting a seed too close to a young, struggling tree in my backyard. Despite the harsh Michigan winters, and the fact that I did not follow up with any watering or care, the two trees grafted together. The hybrid tree was unusual, but beautiful. It grew to my second-story bedroom window, and I would watch the branches and flowers sway – proud of my handiwork.

A mini library, which I keep at all times, even while I’m traveling! I particularly love books from a different civilization – they extend the bounds of my mentality by transporting me to another paradigm. This is why I studied political theory and classical civilization, and also one of the reasons I’ve loved visiting Greece my whole life. It is a privilege to visit the grounds of Greece where debates that shaped the course of humanity took place.

I particularly love books from a different civilization – they extend the bounds of my mentality by transporting me to another paradigm. 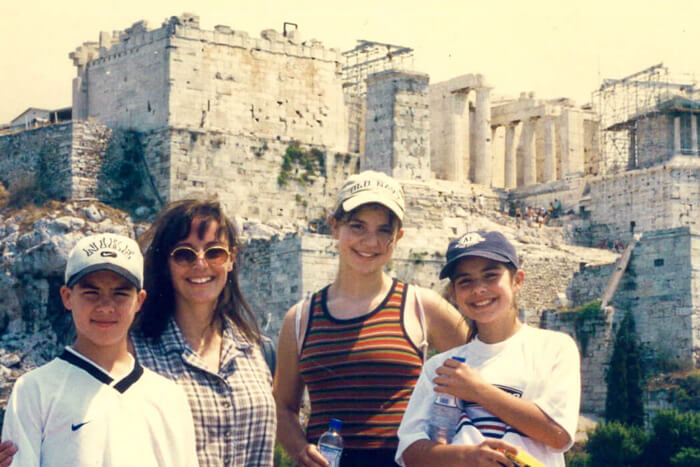 Copies of Robert Frost’s correspondence to his friends and colleagues. These letters offer another level of understanding to the poet, and when I first read them, parts immediately imprinted themselves in my memory:

“I began life wanting perfection and determined to have it.
I got so I ceased to expect it and could do without it.
Now I find I actually crave the flaws of human handiwork”

Bars of amber soap. When I was studying at Yale, I discovered local soap in Connecticut with an amber scent that drew me in. Usually scents curse me with a headache, but this did not. It turns out the soap is made by a woman entrepreneur who grows her own herbs for the soap! I love supporting her, and I use the soaps not just for the shower, but for a scent in my wardrobe.

A repository of newspaper articles ranging from think pieces, to investigations, to obituaries, to startup news. I still enjoy reading print newspapers, sprawling them out on the couch, or reading and turning every page during flights (to the annoyance of the passenger next to me). I am forming a collection of pieces that resonate with me, and it is a treat to sift through them. I hope to turn this collection into artwork, while preserving the ability to read the articles.

Christina Moniodis is an Executive-in-Residence at VentureFriends, an Athens-based venture capital fund. She is the former global Head of Strategy & Innovation for Verizon’s News division, and former global Chief of Staff of The Huffington Post. Her career began as a corporate attorney in Los Angeles after graduating from Yale Law School. While a law student, Christina published research on privacy law – which has been cited by the Supreme Court of India – and worked in The White House Counsel’s office. She was born in the U.S., and her father’s side is from Chios and Mytilene, Greece. She is a Young Leader for The Hellenic Initiative and serves on the board of the Hellenic-American Chamber of Commerce. 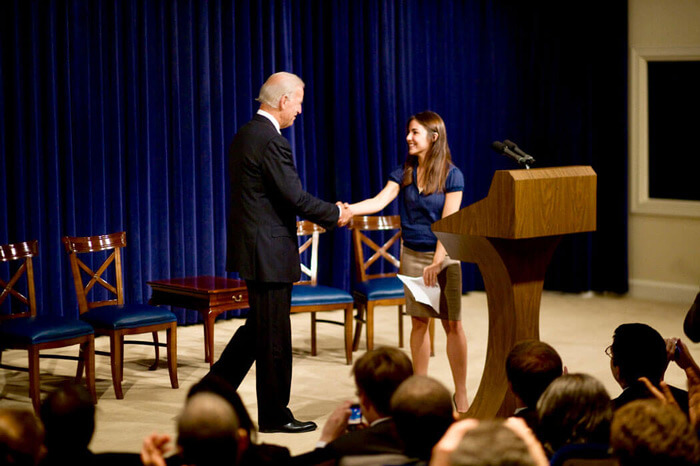 Photo with the former Vice President, Joe Biden, from her work in The White House as a law student.