The textile designer who is making waves in the Greek fashion community, revives the ancient technique of weaving, making contemporary clothes and home décor

At any kind of commercial fair, exhibitors on the ground floor normally grab most attention. In a building that was the first contemporary art space in a grungy part of Athens, the vibe of the cavernous ground floor is still engaging.

Yet, a trip upstairs to the quieter second level, revealed a discovery.

Alexandra Bissa designs limited edition handmade woven creations made of natural fibres. Her creations can be 100% cotton, 100% wool, or a combination of the two. Her designs are almost one-offs, as she produces a small stock and then designs upon request. 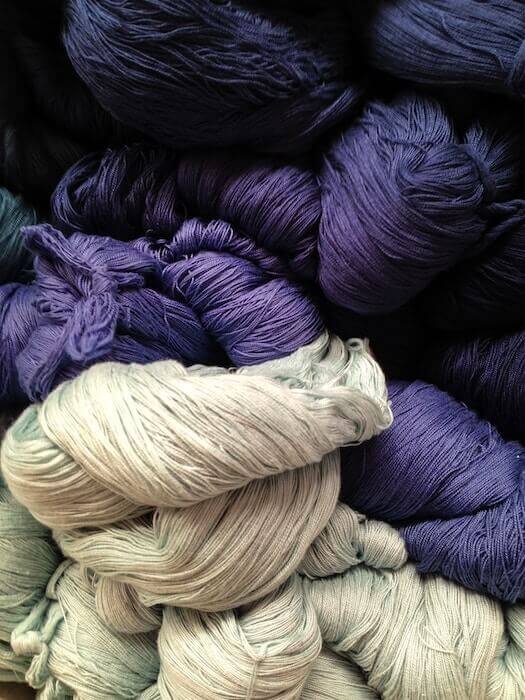 Alexandra uses the ancient technique of weaving in order to make contemporary clothes and home décor: throws, scarves, cushions and men’s pochettes. She designs on her laptop, and then works on an electronic loom. “Respecting” the loom’s natural limitations -you can only create geometric shapes but not figures on a loom- has been her biggest design challenge so far.

Alexandra uses the ancient technique of weaving in order to make contemporary clothes and home décor: throws, scarves, cushions and men’s pochettes. She designs on her laptop, and then works on an electronic loom

Working on a loom is taxing, as it requires extra physical effort but Alexandra has found that, convincing people that a handmade product is unique and therefore more expensive, is also difficult. She has, however, made waves in the fashion community, where she has collaborated with a number of designers, such as Zeus and Dione.

Unlike most pochettes which are made of silk, she has chosen to create men’s pochettes in double- face wool, meaning they can be worn two ways, as the pochette is a different colour on each side. Their unique, heavy texture is luxurious to the touch. 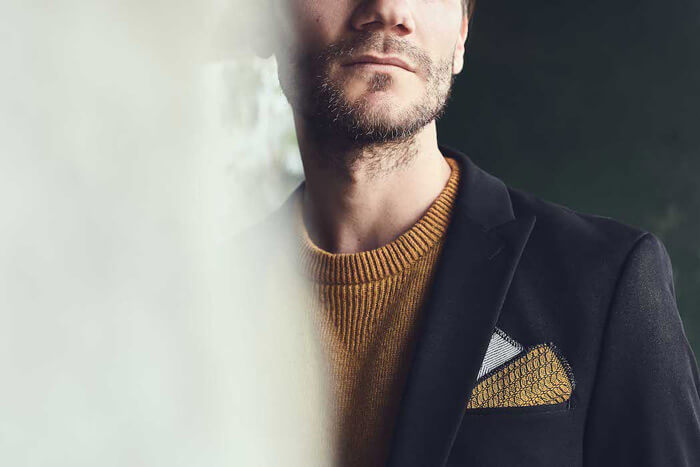 She has chosen to create men’s pochettes in double-face wool, meaning they can be worn two ways, as the pochette is a different colour on each side. Their unique, heavy texture is luxurious to the touch

Alexandra studied Interior Architecture in the Technological Educational Institute of Athens. After completing her studies, she moved to Metsovo in Epirus, where her family is from, so that she could learn how to use the loom from her aunt. Alexandra then went on to study for a Master’s Degree in Textile Design in London, where she specialized in traditional weaving and learnt how to use an electronic loom.

She has very vivid memories of her grandmother working on the loom. She used to spend her holidays as a child in a house in Metsovo, fully decorated with woven things: covers for chairs, sofas, cushions, blankets and wall decorations.

Industrial and economic change in Greece made weaving a forgotten art, even in Metsovo. Nowadays, there are a few women mostly old ones, who know how to weave. 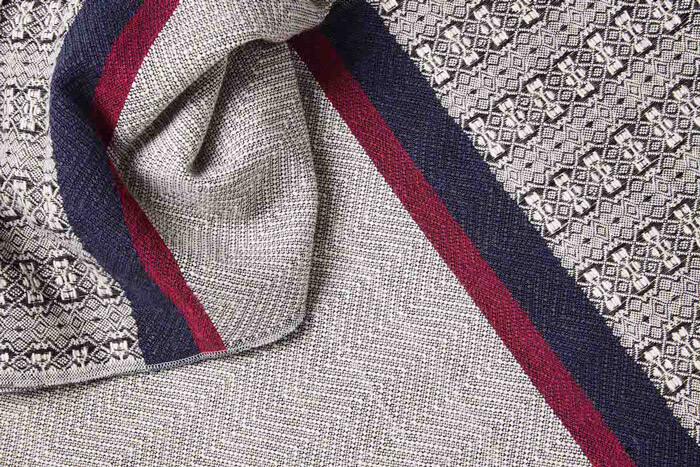 Birthplace of various national Greek benefactors (Tositsas, Stournaras, Averof etc.), the small town of Metsovo on Pindos mountain is one of Epirus’ most belove destinations. A traditional wooden loom features as a centrepiece in the city’s Folk Art Museum.

The loom played a major role in Greek rural economy in the pre-industrial era. After the industrial revolution, the classic, wooden, loom was replaced by a mechanical one. Today it is almost non-existent, as it has been replaced by a weaving machine. It is still, however, an important part of Greek folk culture.

In Homer’s Odyssey, the ever-faithful Penelope, Odysseus’ wife, constantly devised tricks, in order not to marry one of her 108 suitors. Her main ploy was pretending to be weaving a burial shroud for Odysseus’s elderly father, claiming that she will choose a suitor when she has finished. Every night for three years, she undid part of his shroud on her loom, thus warding off the suitors.