Card playing in Greece is as ubiquitous a hobby as backgammon or tavli. Yet it is rare to source a deck with style. Alexandra Llewellyn designs exquisite backgammon boards, prestige games such as chess and mah jong, bespoke furniture and marquetry boxes. Their aesthetic perfectly matches the design philosophy of A Magic Cabinet.

Each deck is printed on premium quality card. The suits retain a classical rendition but the principal cards are all animated and characterized by Alexandra’s original drawings. “I used imagery of actual marquetry designs I have created for our Skull poker box. I think the human touch of the drawn line is so important – for example, the geometric design is drawn, rather than computer rendered, giving it an organic and unique feel, next to the marquetry I did for the skull”, Alexandra says. The smiling skull with a whimsical gold tooth is on all the numbered cards and on the two jokers, turning the macabre into the playful. 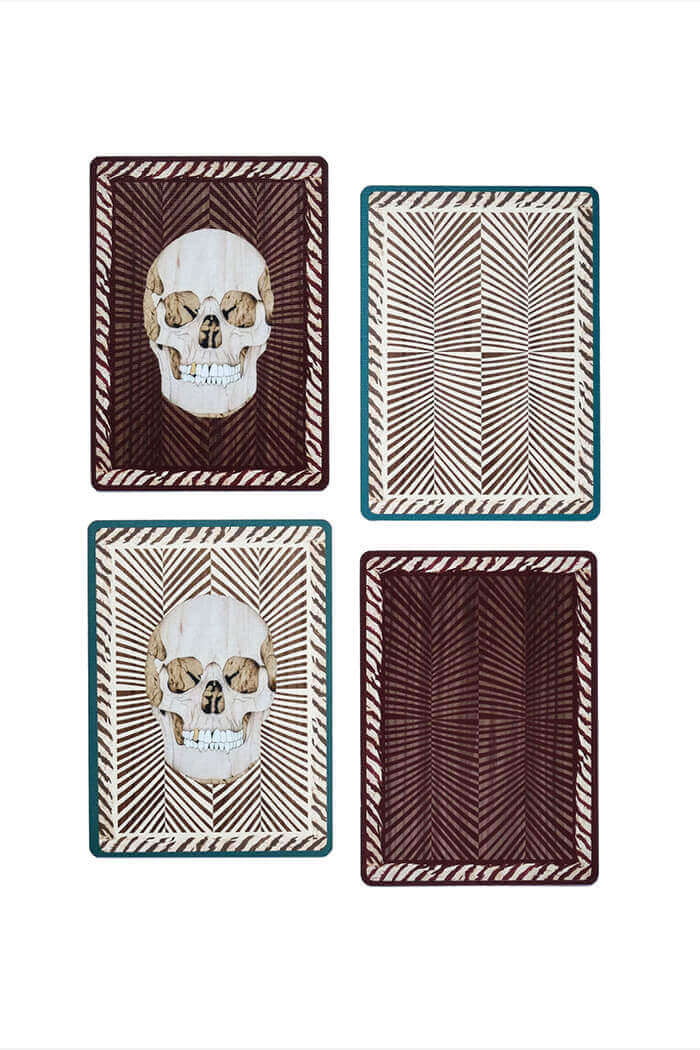 The colourings are rich burgundy or soothing cream edged with turquoise. The cards are elegantly boxed with a magnetic fastening and delivered in a sumptuous black pouch.

Alexandra is based in her London studio where she conceives the design for her backgammon boards, poker and chess sets and, now, playing cards.

In the late 1980s, in my home town of London, I had a circle of friends, consisting mostly of writers and decorators. In this orbit were a remarkable couple, Roddy and Tania Llewellyn. Roddy is from an aristocratic Welsh family and remains an acclaimed landscape gardener. Tania is of Russian and French origins, and was the most phenomenal restorer of antique porcelain. She now sells and promotes clothes from India’s rich garment heritage.

It is an expansive British habit to endow your children with a bevy of godparents, selected not only from family and old friends but also from new ones. I am honoured and proud to be Alexandra’s godmother. 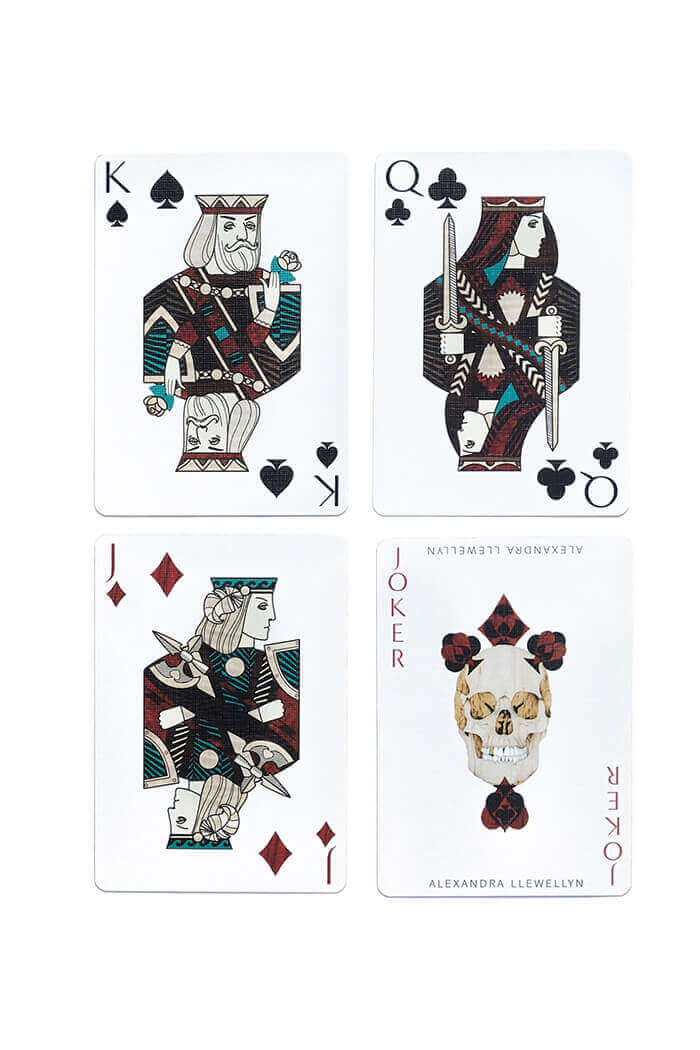 Alexandra trained as a fine artist at art school in Leeds and at UCSB in California. She became acquainted with backgammon from childhood and her passion was cemented in Cairo where she strolled with her grandfather, scintillated by the rattle of dice on wooden crates, as people played in the street. She founded her company in 2010 and is still inspired by the transcendent vocabulary of board games, which require neither a common language nor culture.

Alexandra is based in her London studio where she conceives the design for her backgammon boards, poker and chess sets and, now, playing cards. These are then meticulously executed by hand by specialist artisans all over the United Kingdom. The brand works with twenty different workshops around the country, each specializing in different technique and design.

She is continually inspired by the tradition and history of marquetry and incorporates this technique into her designs. “Every day I learn something new from the amazing team of wood workshops I work with”, she says. 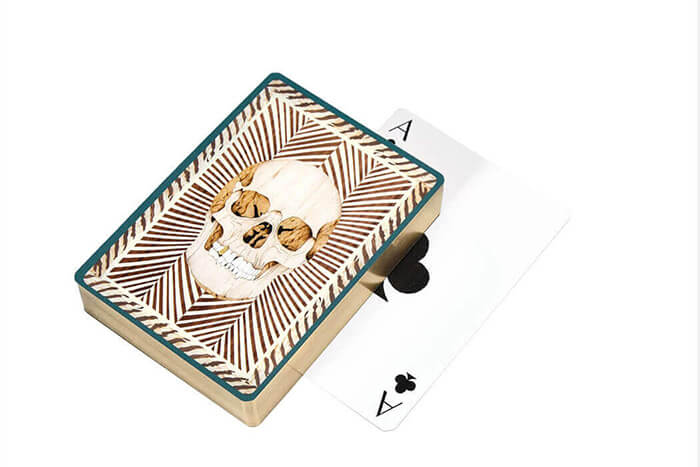 Each deck is printed on premium quality card. The suits retain a classical rendition but the principal cards are all animated and characterized by Alexandra’s original drawings.

Games are played on these uniquely crafted boards worldwide and we are very proud to bring the newly created luxurious playing cards to Greece. Alexandra has many more ideas in her imagination. She is working on extraordinary one-off pieces such as doubling cubes containing gold crystals and meteorite, games pieces inlaid with onyx and marble commissioned from Afghan craftsmen. Featuring my goddaughter in A Magic Cabinet has great emotional resonance from me.