When this brand sent us photographs of their vial like bottles, they were so gorgeous, I thought they contained home fragrance, not oil. We are very happy to include them in our site.

Andriotis is based in the Ionian island of Corfu and boasts a long history of selling olive oil starting in 1955.

For the last five years they have launched their very own signature products. Kopos and Buteli are two limited edition products, which every year are garnered with quality awards in international olive oil competitions. 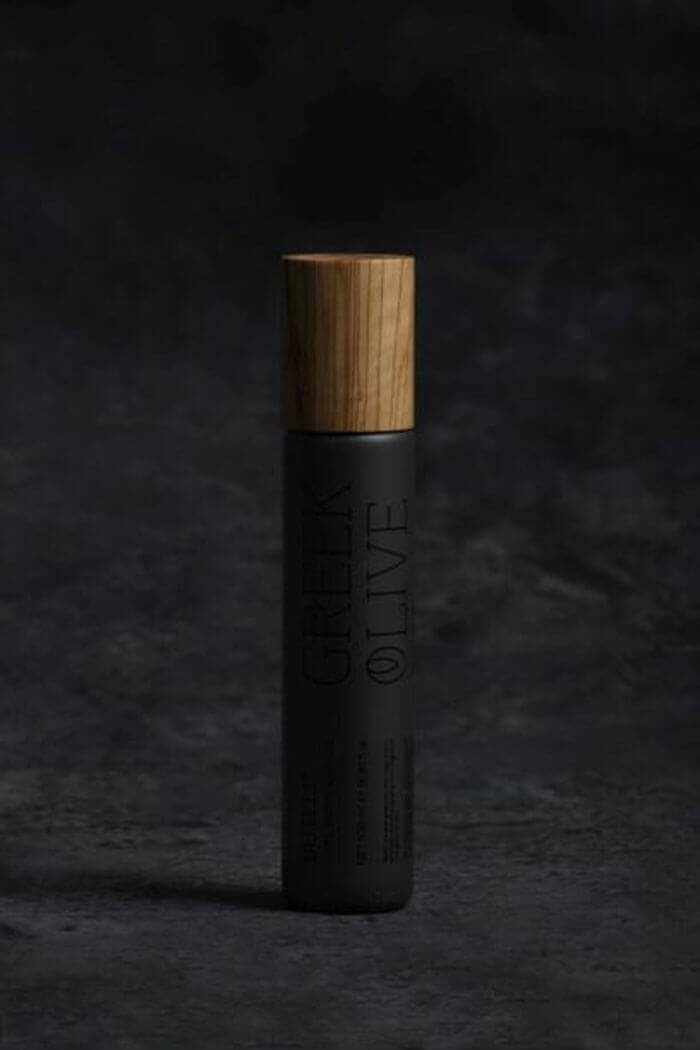 For their Limited Editions, they wanted to highlight olive wood as an intrinsic element of packaging.

Kopos, which in Greek means toil, is an oil pressed from a blend of olives carefully selected from locations throughout Greece.

Buteli is produced exclusively from the ancient olive groves of Corfu. The name Buteli derives from the Venetian dialect, traces of which can be found in the local dialect of Corfu, and it was used to describe the store in which the producers sold their olive oil.

The Kopos and Buteli Limited Editions are packaged with an extraordinary aesthetic, in sleek black bottles. These are designed by the graphic design studio of Cris Trivizas which has won innumerable awards.

Dimitris and Giorgos Andriotis began working twenty years ago in the family business, which was established by their grandfather sixty-five years ago. 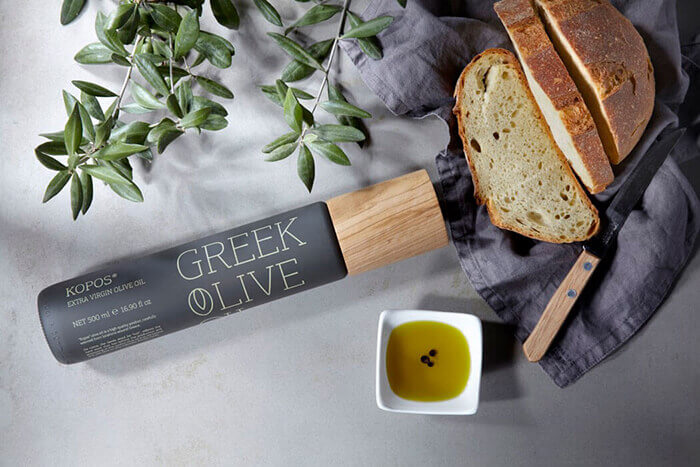 During all steps of production, from the olive mill to the storage of the finished product, Andriotis makes certain to meet all the quality standards required.

In 1955 Dimitris Andriotis decided to move from his village of Agios Matheos in the extreme south, to the capital town of Corfu, with the purpose of opening an olive oil retail store. He steadily collaborated with most of the local olive oil makers and his shop evolved into a meeting point. From small makers, bringing him a few bottles of oil, to producers coming in with numerous barrels, Dimitris and Giorgos’s grandfather treated everyone with a big smile. The company is now one of the largest in the distribution of olive oil in bulk.

In 2011 his grandsons, wanting to attribute to Greek olive oil its true value, decided to get involved themselves in the standardization of their product. In 2011, Giorgos and Dimitris reckoned that most Greek products were not getting the attention they deserved, and they wanted to ensure that the Greek olive oil was more than equally recognised as oils from other countries. They focused intentionally on the packaging and the quality of their product and created Kopos and Buteli.

Their mission was to create products that would reflect Greek gastronomy and encapsulate all the memories they had from gatherings and celebrations with friends and family, which is for all us, a cornerstone of our lives.

For Andriotis the production of their olive oil begins before the actual olive cultivation.

To create Kopos, which is selected from groves all over Greece, the brand visits its producers at the beginning of each crop year and collects samples. After rigorous organoleptic and laboratory control, they select the olive oils which comprise Kopos Limited Edition.

For Buteli they use only extra virgin oil produced from the olive trees of the mature groves in Corfu. 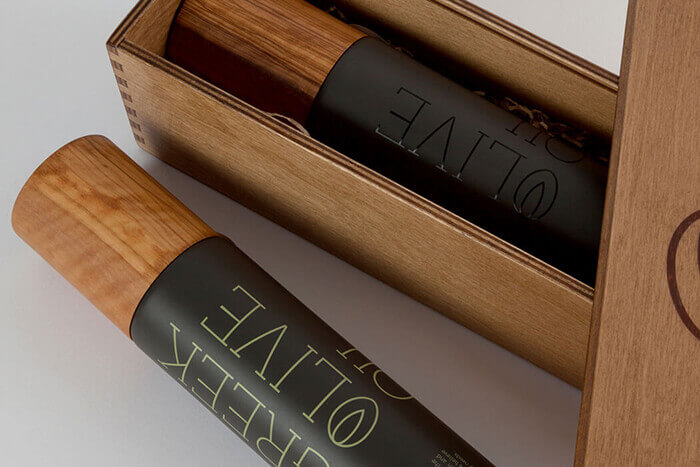 During all steps of production, from the olive mill to the storage of the finished product, Andriotis makes certain to meet all the quality standards required.

For their Limited Editions, they wanted to highlight olive wood as an intrinsic element of packaging. In many areas of Corfu, after pruning the olive trees, people use the wood as fuel to burn. It is however such a beautiful material that Andriotis utilized it for the caps on their bottles, creating a true masterpiece of industrial design.