Meet Anthea’s and their delicious products, all made with the utmost respect to nature, on the picturesque island of Kea.

Our long and sturdy dining table in Mykonos looks out onto the endless Aegean blue from a high vantage point. Protected from the elements yet in harmony with the wild beauty surrounding it. During a lively dinner conversation this summer, a friend extolled the excellence of Anthea’s products to me hence their inclusion here.

Anthea’s is a family business founded in Mylopotamos Kea in 2014. Founder Kalliopi Georganti is assisted by her partner Nikolaos, her son Othonas and her daughter Verushka.

Respecting nature and loving what they do is at the core of their business. Their organic almonds and prickly pears are grown naturally, without the use of hormones or chemicals. 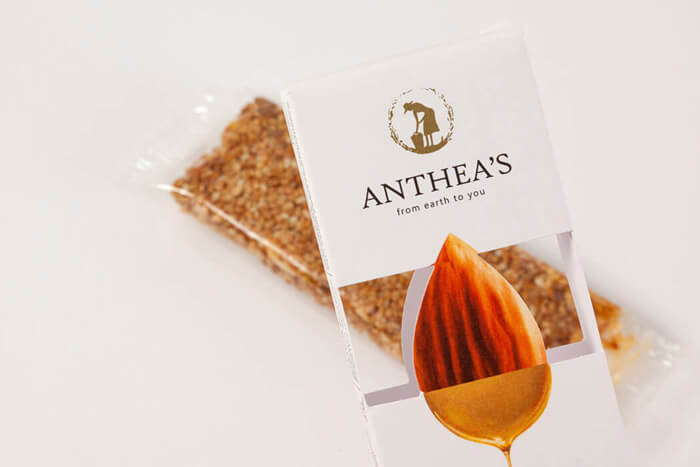 Respecting nature and loving what they do is at the core of their business. Their organic almonds and prickly pears are grown naturally, without the use of hormones or chemicals.

In the Magic Cabinet store you will find an outstanding  thyme honey whose aroma is intense, due to the Cycladic thyme and prickly pear pollen which are its sources. Also a honey, sesame and almond brittle bar called “pasteli”, made using a traditional recipe from Kea.

When searching for a company name that would remain the same in any language, they decided on Anthea, one of the names of Hera, the goddess of fertility.

The logo is of a young female farmer with a basket, which she uses to collect nature’s bounty. Α wreath encircles her, symbolising the four seasons.

Anthea’s products are exported to Scotland, Switzerland, Austria and the United Arab Emirates. 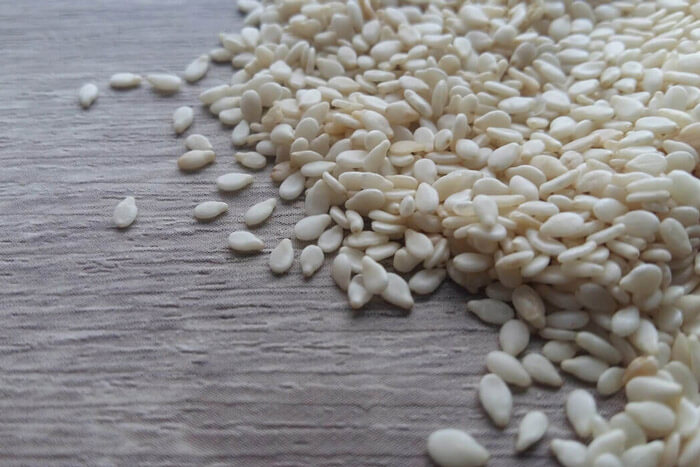 Kalliopi hails from Chios and like most people from the island, she initially worked in finance and shipping. In her fifties, she decided to leave Athens and pursue a life by the sea but Chios was just a little too far from Athens. While searching for a place with fertile land and clear waters, she narrowed in on Kea and her entire family supported her quest.

They started with prickly pear plants because they are a superfood, their cultivation is straightforward and they do not require much water which does not abound in Kea.

When their friends saw the farm they were creating, they suggested adding beehives as everything required to produce very aromatic honey was located there, the prickly pears as well as the abundant, fragrant herbs,such as savory and oregano.

The pasteli, was a natural progression as there were abandoned almond groves right next door, which they were able to access by renting. Kalliopi, who is a very well travelled foodie, always thought that her Chian grandmother’s food, and desserts in particular,  were the tastiest and most aromatic she’d ever tried.

When she first tried her own honey, she had a similar feeling. 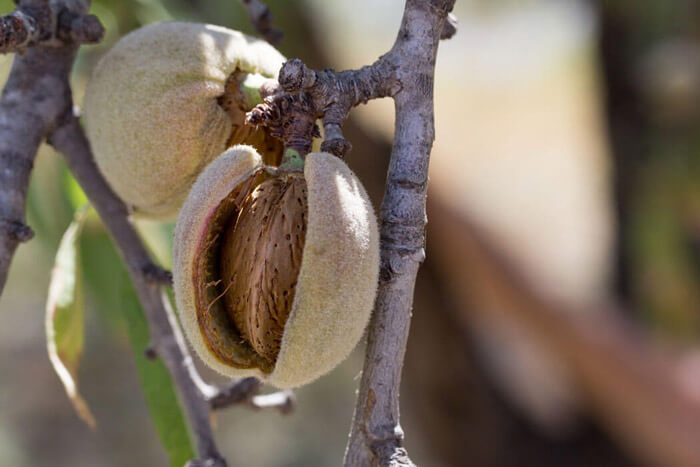 Their 10 acres are in the area of Spathi, in the northern Kea. Spathi is in a Natura 2000 designated area, bisected with dirt roads and a beach with crystal clear waters. Their packaging plant is in Mylopotamos.

Living in Kea allowed Kalliopi to really appreciate the little things, like the changing of the seasons, local fêtes , friends and night time dips in the sea. Respecting natural cycles is challenging as global warming has interfered with how farming was traditionally programmed as the seasons are not distincted any more.

However the bees retain their eternal schedule. «A beehive is a perfectly organised society and we can all learn from it» according to Kalliopi, who also told us that Kea was famed for its bees from ancient times. 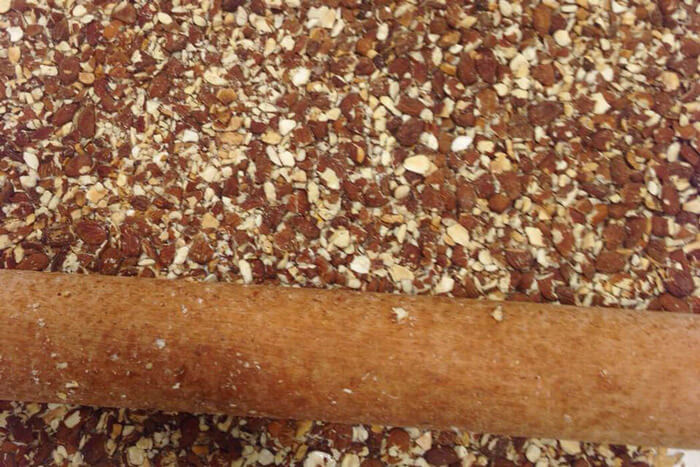 «A beehive is a perfectly organised society and we can all learn from it» according to Kalliopi, who also told us that Kea was famed for its bees from ancient times.

When the Greek gods wanted to teach the islanders a lesson, they sent a menacing lion and cursed the island with a drought. The demi-god Aristeos intervened and organised farming and beekeeping in such a way, that he managed to limit the effects of the drought.

The famous «lion of Kea» still stands in the island’s capital, Ioulida, to honour Aristeos.