Here at A Magic Cabinet, our team spends many hours trawling sites for extraordinary Greek products or listening out for inspiring suggestions. Lythia Angell, who just joined our team from the San Francisco Bay Area, had just such a proposal when she suggested we feature and include Argalios.

This is a weaving workshop set in a family home in Keratsini, in the bustling port of Piraeus. The brand produces eye-catching hand-woven bags, clutches and wallets, created on the traditional Greek loom, the “argalios”, and enlivened with a contemporary twist. 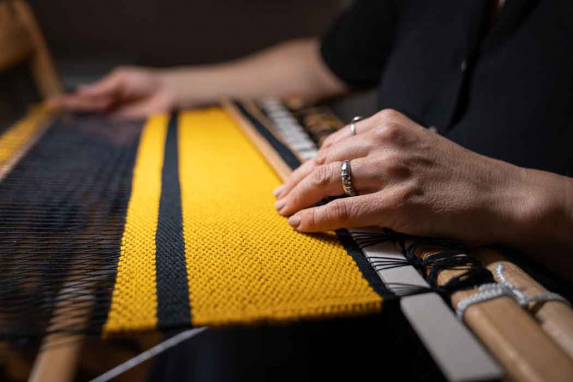 Created in 2013, Argalios is a perfect example of a family business. Ilias Politis and Katerina Kakousiou are the founders of the workshop and parents of six children, who share their parents’ enthusiasm and passion for the Greek loom. All are involved in the brand, in one way or the other. The sons manage the brand’s social media while the daughters are responsible for creating the gorgeous images showcasing their products. They take the photographs and also pose with Argalios’s impressive range of bags. 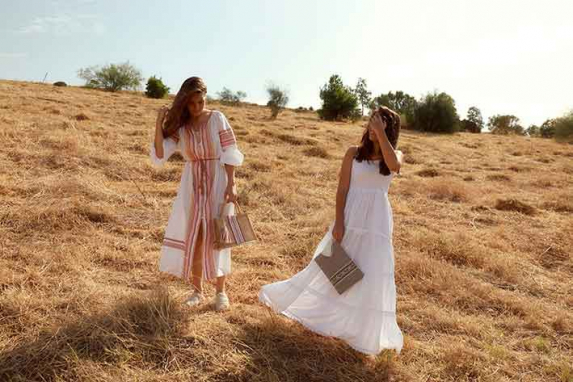 It all began in 2011 when Ilias and Katerina bought a small toy argalios as a Christmas present for their daughters. Katerina, inspired by vibrant memories of her grandmother weaving on the argalios, started to show them how to weave properly.

Her own interest and passion for this craft was rekindled, and working alongside her children, she progressively started to create small bags and wallets.

The art of the Greek loom goes back to ancient Greece. Traditionally, all women knew how to use the loom as a typical housekeeping skill. However, due to the convenience of industrialized textiles, women started to abandon the use of the loom which progressively became almost forgotten, practically extinct. 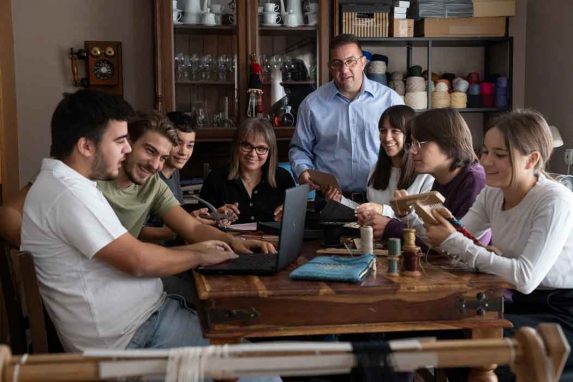 Argalios has rediscovered this act of weaving and follows the current trend of the revival of Greek artisanal techniques. Ilias and Katerina realized that there was nothing similar in the Greek market and expanded their product range.

Their dream is to create a space in which visitors can embrace the experience of ancient loom weaving, as well as buy the products. Their credo is: “We weave a piece of Greece for the world”.

For the creation of their products, they draw inspiration from the traditional weaving patterns of various regions of Greece, but they also source from everything which they believe represents Greece’s spirit: the colours of the sea, the sun and the products of the Greek soil. 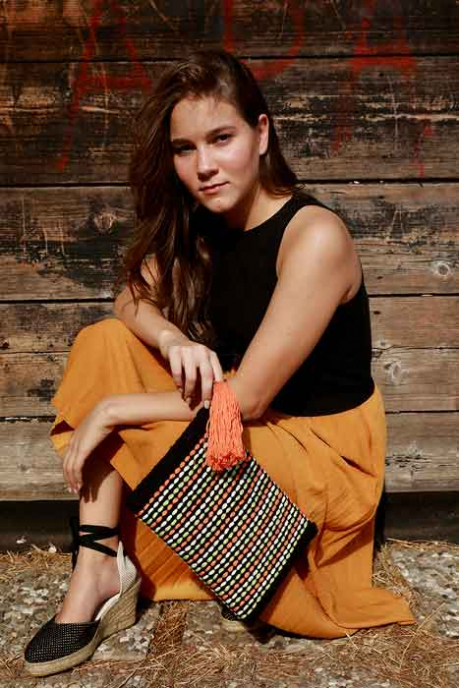 The diversity of Argalios’s range is impressive. The titles span girls’ names to Greek locations. The bags and clutches are easy to grasp, roomy enough to carry all you need and elegant enough to match any mood.

The colours, cream, russet, cobalt blue, turquoise and blushing pink, combined with the tactile texture of their weave make them a must for summer outings. Created and crafted with love and enthusiasm!