When in Chios, my mid-morning cardio session, a hybrid rendering of a brisk walk and a sluggish jog, always saunters along the same route in Kambos. Once I have negotiated the stressful noise and hurtling traffic of the main road and feel thankful for not being mowed down by mostly thoughtless and intolerant drivers, I escape into the walled alleys of Kambos and the lines of dark green leafed trees weighed down with tangy fruits and sublimely scented blossoms at harvest time. I pass by Perivoli, the mansion built in 1742, which is Citrus’ home estate.

Beyond its courtyard, where many innovative cultural events are presented, sprawl the citrus orchards with their bottle green promise of shade from the burning sun. 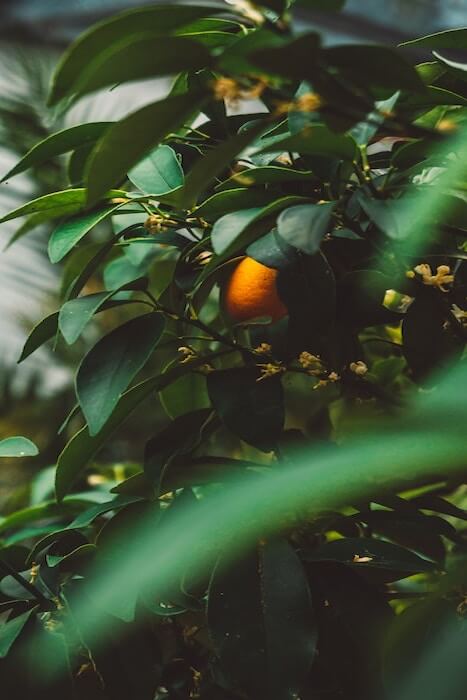 The brand Citrus Scent of Memory was incarnated from a desire to make jam. Fruit preserves and spoon sweets were the brand’s first products.

Founded in 2008, this dynamic contemporary company have a mission to connect the revered Chian tradition of fruit cultivation and commerce with products vibrantly branded and merchandised for the market of today. This workshop offers a copious range of homemade fruit products; sweets of the spoon, jams, marzipan, slim fruit pies sandwiching flavorful paste between two slim sheets of dough made from water and flour, loukoumia, submarines, juices, sauces and cereal bars. 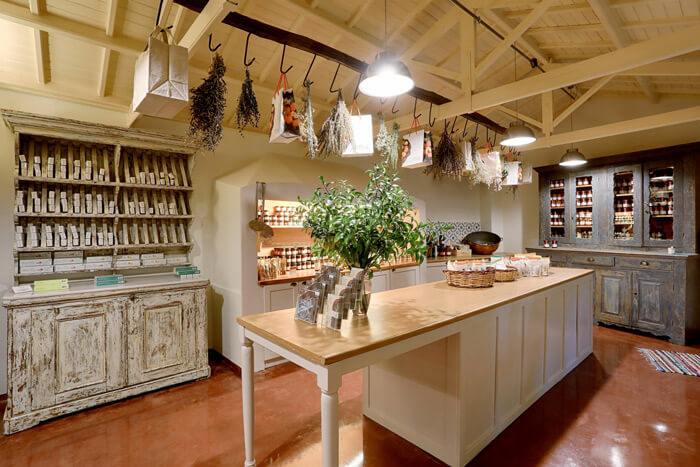 Founded in 2008, this dynamic contemporary company have a mission to connect the revered Chian tradition of fruit cultivation and commerce with products vibrantly branded and merchandised for the market of today

To the unaware, loukoumia are squares of gelatinous sweet mixture, deliciously perfumed and flavored, dusted with icing sugar. Submarines feature a generous spoonful of a white mixture traditionally flavoured with mastiha, with the texture of elastic cement submerged in a glass of water.

Kambos, a flat and fertile plain outside Chios town, initially hosted the cultivation of silk, pomegranates, cereals, vegetables, berries and wine. It was the Genoese who transplanted orange, mandarin and lemon trees there during their colonization of the island. The Chios mandarin, widely acclaimed and considered a luxurious delicacy, which was once transported in specially made wooden crates and individually wrapped in tissue paper, adorned with watercolours, has a distinctive and unique perfume and is now recognized by the European Union as a Product of Geographical Origin. Within the Perivoli estate of Citrus Scent of Memory there is a tasteful museum celebrating the mandarin with fascinating documents and agricultural tools which are displayed. 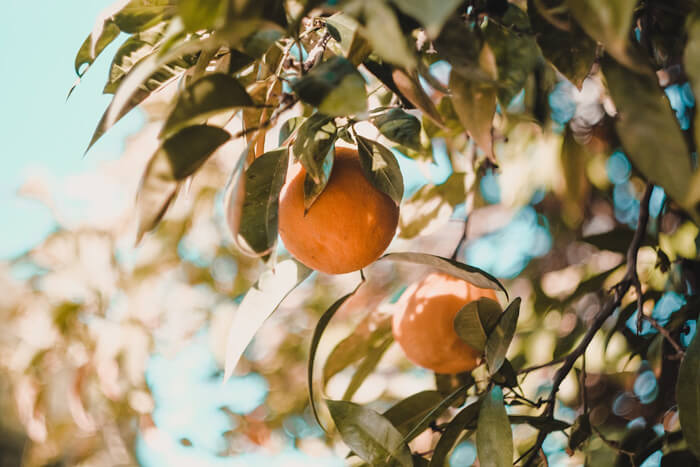 The Chians cultivated and traded this fruit so efficiently that it dominated the economy. By the end of the nineteenth century a dynamic and commercial network had been established trading these precious fruits with Europe, passing through locations as distant as Odessa and the Black Sea. The Chian dominance of shipping made the transportation of the fruit possible in sailboats to large Continental ports.

The invasion of the Turks in 1566 did not disturb this agricultural advance, which was however halted by the massacre of Chios in 1822, the great frost in 1850 and the earthquake in 1881. 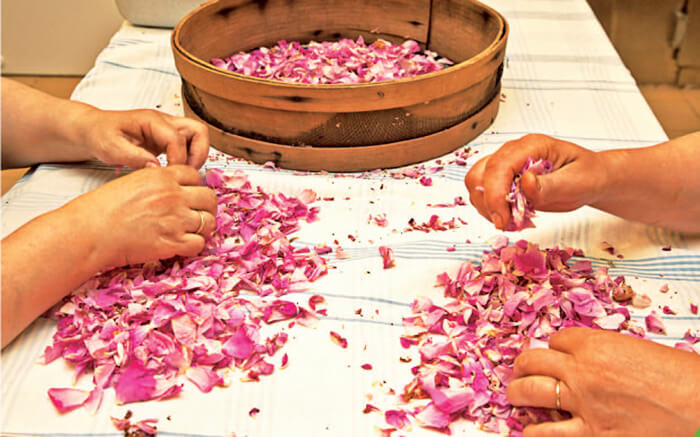 Kambos, probably named from campus in Latin, having plentiful water is entirely planted with these dense citrus orchards. The Genovese further enriched the area with the construction of imposing mansions build from porphyry hued stone from Thimiana, a neighboring village.

The irrigation much needed to maintain the orchards is provided by the characteristic “mangano” or waterwheel. A wooden wheel suspending dozens of small tin buckets, now mechanized but previously powered by cows, churn up splashing cool water from the deep wells of Kambos. The mangano, usually embedded in a mosaicked courtyard, is the main focus of every property.

Even though its decline continued from the late 1880’s into the 1960’s the area became of great cultural interest and many of these magnificent gated domains have been lavishly restored.

Every morning run reminds me of Kambos’ sunbathed beauty, the red stone walls exuding warmth, the closed ground floor shutters of the houses promising cool within.