Making a cup of the company’s sage based tea in my kitchen in Athens, I was transposed back to Syros

My habitual running route on the island of Syros does not lead to a picturesque destination. It actually culminates at the local refuse dump yet it affords solitude and borderless views to the neighbouring islands of Tinos, Paros and Mykonos. The heat billows up from the harsh road surface and hits me like a microwave blast. It also releases the intense aroma of the wild herbs that grow along the roadside.

Cyclades Organics is based here in Syros, where it sources and cultivates local and other varieties of aromatic plants from nurseries elsewhere in Greece to yield teas and herbs for culinary use. The infusions are named Wellness, Relaxation, Balance and Aroma and the herbs contained in them are lemon balm and verbena, marjoram, penny royal and other staples such as Cycladic sage, oregano and chamomile. Founded in 2012 by three friends, Iosef Roussos, Argyris Xanthakis and Lefteris Voyiatzis, their workshop is in Talanta just outside Syros’ capital Hermoupolis whilst the farms are in the rural areas of Pagos, the coastal area of Finikas and in Posidonia, renowned for its aristocratic mansions. Their current aim is to collaborate with mixologists on the concoction of herb based cocktails in Greek bars and to provide their premium, organically grown herb assortment to the country’s liquor producers. 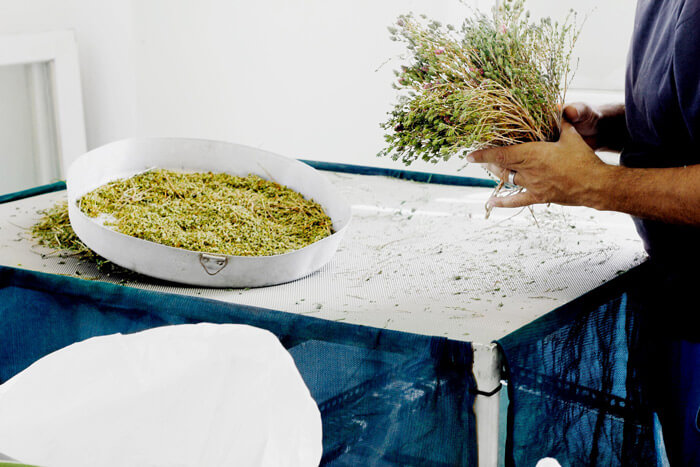 Iosef Roussos studied electronic automation and crane operation before starting work at Neorion, one of Greece’s oldest shipyards, dating from 1861. Even though he enjoyed his occupation, the Neorion was acutely affected by Greece’s economic crisis so he began the search for an alternative occupation and additional resources. Bonding over a prolonged and inspirational dinner featuring gastronomic delights from the island, they committed themselves to founding a company to promote these to the marketplace. Inspired by the felicitous realization that some of the most fragrant herbs were indigenous to Syros, the idea of growing, harvesting, drying and packaging was then conceived. The plants are certified by the DIO (Inspection and Certification Organisation of Organic Products) and no pesticides are used whatsoever. 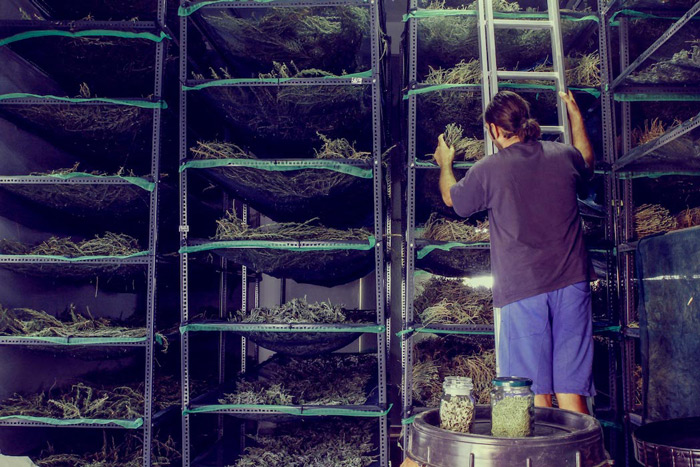 Their packaging license was issued in July 2015 which coincided with the implementation of capital controls within Greece. The three founders used all their own savings and were financially supported by their families, with their grandparents donating the cash traditionally stowed away under their mattress. Once established, they hastened to all the food fairs to promote their product. In spring 2017, their Γη (Greek for earth) collection was successfully launched at home and abroad. Iosef recalls being taught in school how to cultivate herbs and to plant trees. He remembers collecting mountain sage and thyme with his grandfather and how the herbs smelled plopped into the small vases in his mother’s kitchen.

The infusions are named Wellness, Relaxation, Balance and Aroma and the herbs contained in them are lemon balm and verbena, marjoram, penny royal and other staples such as Cycladic sage, oregano and chamomile 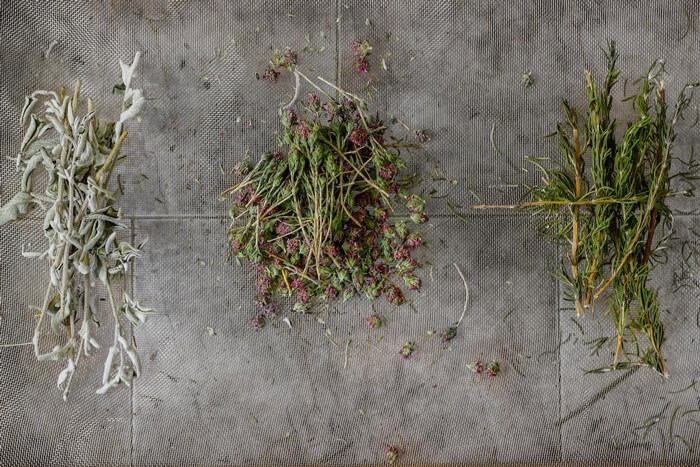 The Cyclades may have poor rainfall but they have a profuse biodiversity. Herbs imprint the lifestyle of Syros, dominating the local cuisine and traditional ceremonies, also playing a formative role in medical remedies. Overlooking that infinite blue sea, a typical Cycladic breakfast would consist of a steaming cup of sage tea and a rusk bathed with honey.

Syros housewives have a small herb garden in their yards called “altana”, the herbs are then dried in a “stegadi” and are then rubbed dry and crushed in a place called “thymonies”. The loosely constructed stone walls in Syros and in other islands which partition the rocky hillsides, trap the heat of the day which then emanates from them into the evening. The harsh and almost constant winds desiccate this inhospitably magnificent landscape, drying out the herbs and making their essence stronger. Making a cup of the company’s sage based tea in my kitchen in Athens, I was transposed back to Syros, having my island breakfast but without the infinite view.