The solid, sleek bottle and its abstract graphics dominated the crowded shelves of the store Olicatessen in Thessaloniki and immediately convinced me to put this oil in our collection.

Efkrato is an organic extra virgin olive oil of limited production harvested near the city of Rethimno in Crete. An award-winning product, it is so rich in antioxidants that it can also be used as a dietary supplement. It is a monovarietal oil produced exclusively from the ancient Tsounati olive.

The brand’s methods of cultivation are stricter than that of regular organic farming and the high phenolic concentration of this oil requires that more fruit be used to yield a limited production of oil, which does not exceed three tonnes per year from their ten acres grove. 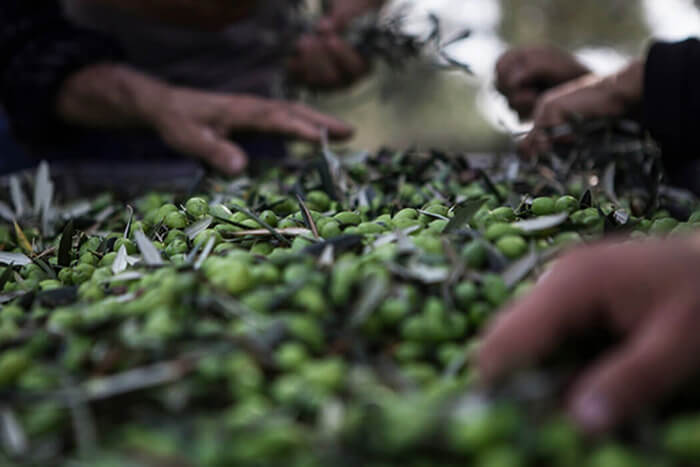 Efkrato’s olive grove is located in Northern Rethimno on the slope of a coastal hill at a low altitude of 55 meters. It has the ideal microclimate which combines the wind blown over the Cretan Sea, clay soils and plenty of sunshine.

Andreas Venakis is the son of immigrants and was born and raised in Switzerland. He works as a high school history teacher. Growing up abroad his childhood memories of Crete are solely derived from his vacations. He preferred going to the beach rather than visiting the olive grove his family owned.

The brand’s methods of cultivation are stricter than that of regular organic farming and the high phenolic concentration of this oil requires that more fruit be used to yield a limited production of oil.

Manolis Vantarakis on the other hand, lived in Crete as a child and he has happy memories of being surrounded by the natural aromas of his family’s olive grove. He studied Visual Communication and holds a master’s degree in E-business management. He had worked in the past in higher education and advertising. 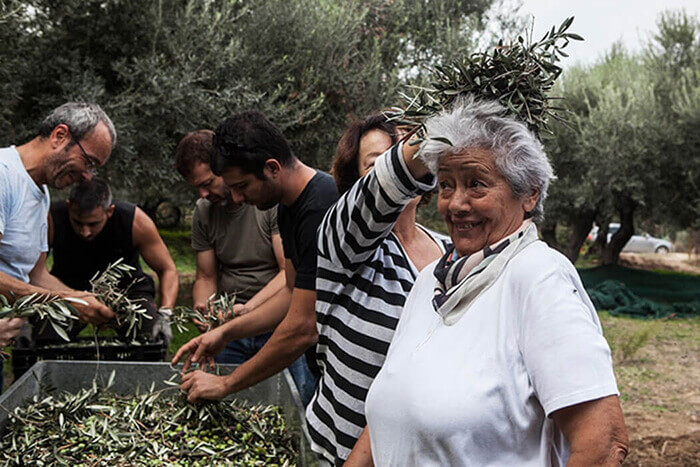 For Andreas the production of olive oil began as a mere hobby. However, he wanted to create a product that would be comparable to the quality of the Italian olive oils that he had tasted abroad. Therefore, he got involved with his family olive grove in Crete. In 2017 he wanted to expand his production and considered buying the adjacent groves which belonged to his cousin Manolis. The two men met for the first time and founded Efkrato. Thus, the olive grove divided in the past by previous generations, was now whole again.

Harvesting takes place before the fruits are fully ripen in order to produce, what ancient Greeks called, “omotrivés” which was considered in antiquity as the most nutritious olive oil.

The harvest season has a celebratory feeling and attracts not only the workers, but also friends and family from abroad. 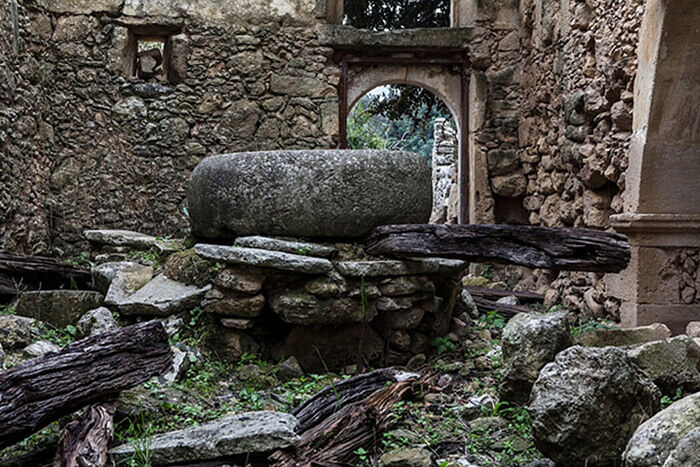 Harvesting takes place before the fruits are fully ripen in order to produce, what ancient Greeks called, “omotrivés” which was considered in antiquity as the most nutritious olive oil.

The way the brand “collaborates” with nature is extremely important. The producers maintain a high level of devotion and respect for the olive grove. They avoid the use of chemicals, even those that are approved for organic farming. Horses and sheep graze the weeds, and their manure is used as an organic fertilizer.

The olives are individually selected by hand and only those of pristine condition are used for production. Then they are taken to the olive mill and the oil extraction takes place daily six and a half hours after harvesting. 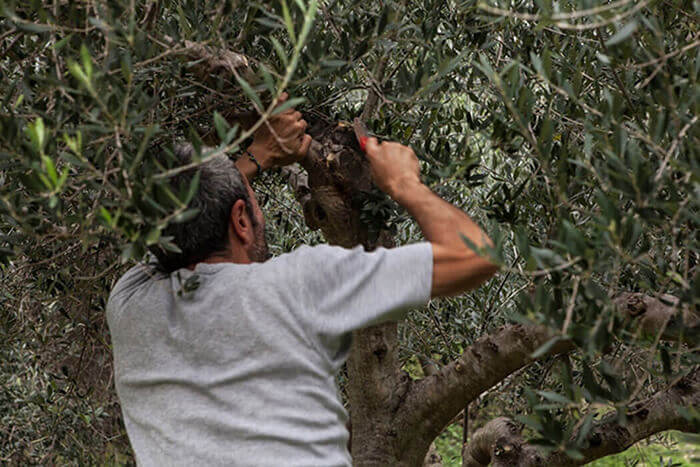 They do not bottle the whole production, only the best batches of oil.

The olive oil is filtered and kept in a protected environment by using Argon, a particular gas which maintains the organoleptic and nutritional components for a longer period.