The island of Mykonos enjoys a fabled reputation for its thrilling social scene. Decorated coastal pavilion houses, sophisticated beach bars, world renowned clubs and restaurants have pitched an outpost there and Mykonos town is full of eateries.

It is true that all this choice is accompanied by crowds of people so dense that moving forward in the town’s narrow white washed streets can seem like striding through mud. Loud music emanated from within bars which disgorge visitors in various stages of inebriation.

However, these same labyrinthine alleyways can still surprise and delight. Never one to rely on my internal compass, one evening I willingly lost my way in the Little Venice neighborhood and stumbled upon an open door revealing a weaver’s atelier. In the middle was a platform displaying a Mykonian loom whilst the folded woolen scarves spun on it were hanging from rails on the wall with bundles and rolls of multi coloured wools beneath them. 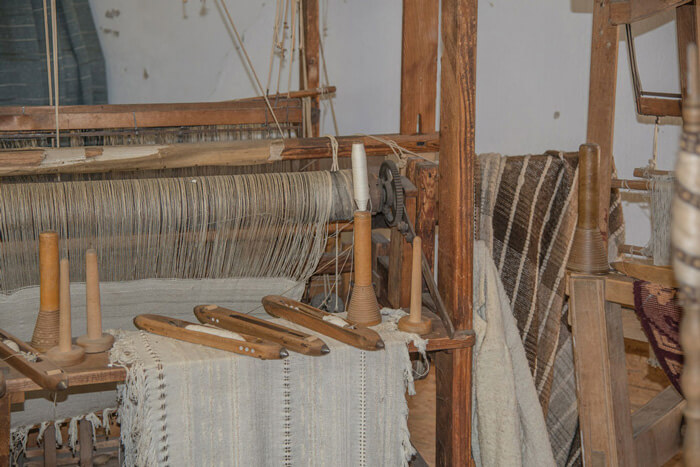 In the middle was a platform displaying a Mykonian loom whilst the folded woolen scarves spun on it were hanging from rails on the wall with bundles and rolls of multi coloured wools beneath them.

The creator of these, Nikoletta Xidakis, known as Nickie, has been fashioning hand made products for fifty years. A slender and wiry figure dressed in black, she has a mythical air about her, a mixture of eccentricity and confidence. She is visited by people from all over the world who want to observe the way she weaves, using no pattern but only her inspiration. Weaving on the loom is an arduous skill demanding a constant thread count, a tranquil mind and continuous co- ordination between hands and mind. These shawls are defined by the integrity of their craftsmanship which exploits Mykonos’ indigenous raw materials which are few, owing to its arid climate.

Nikoletta was born in Mykonos and recalls the island before it became a touristic shrine. She learned to weave from a cousin and made her first shawl at eleven years old. She purchased the actual loom she has now for two euros but when some Japanese visitors offered to buy it, she vehemently declined. She began her career working for a cloth merchant but then she opened her own shop. Apart from weaving, she also sewed and knitted clothes, sometimes repairing them too. Locals would and still buy her shawls for special occasions as they stand out from others on the market. 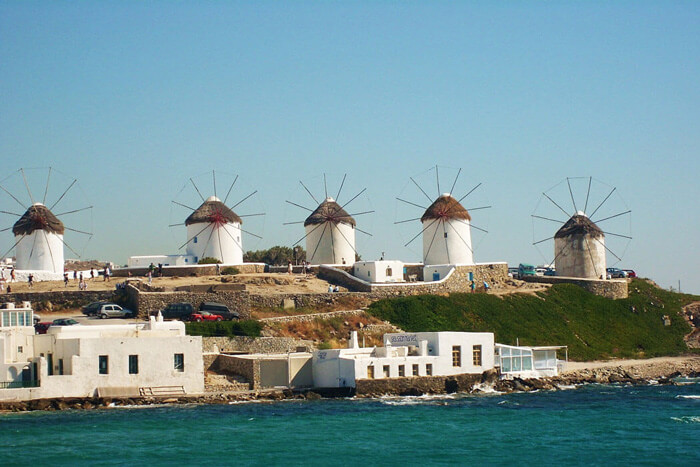 Most Cycladic islands had a connection with textiles for centuries. Travellers to Mykonos from the 17th century onwards refer to the luxuriant woven garments which retained their recognition abroad into the twentieth century.

In the 1950’s, the islanders were not prosperous. The town was populated by fishermen and farmers lived in settlements nearby. The loom was an internal fixture in all homes up until the 1970’s, supporting the household economy. On these, women entwined clothes, woolen socks and vests, throws, tablecloths and curtains. Once girls turned twelve, they learned the art of sewing and weaving next to experienced seamstresses.

Once Mykonos’ tourism began to flourish, homes would display these wares and boost the local economy. I myself remember buying chunky sweaters in blue and white and even fleecy slippers in the 1970’s. Once tourism began to develop, most women sadly abandoned the looms and burnt them as much needed firewood. One is welcome to visit Nikoletta’s shop and is not obliged to buy. On an island where commerce prevails, this is a lovely exception. Everytime I wrap myself in Nikoletta’s crisp, white shawl, that makes me smile. 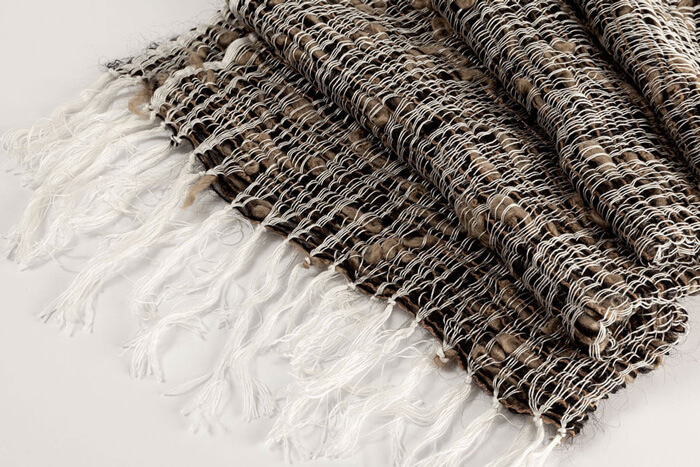