On an island in the Northern Aegean, Kiss the Earth offers delicious, homemade peanut and almond butters with a twist

Mastiha Shop is a chain of stores which sell products prominently featuring the distinctive gum from Chios. Their flagship store there straddles the harbour’s seafront and the bustling street behind it. The capacious, sun drenched space, also displays a considered choice of other Chian products unrelated to mastiha itself and, thus, I discovered Kiss the Earth, contained in sturdy jars with pop art labelling.

The brand produces peanut and almond butters blended with no additional sugar or salt. A new addition is the hazelnut praline mixed with cocoa and agave syrup.

Based in the area of Kampos in Chios, the brand was established in 2017 by Kostas Plakotaris.

The name and its double meaning indicate that it embraces the Earth’s products and also reflects the founder’s gratitude that he can work on the plot of land, where he grew up. 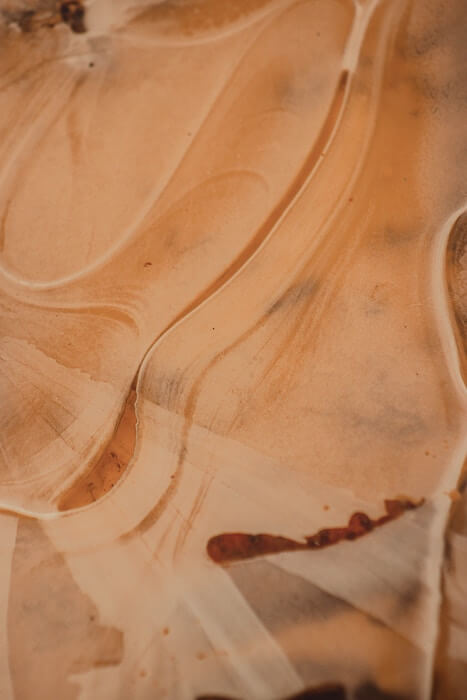 The brand produces peanut and almond butters blended with no additional sugar or salt. A new addition is the hazelnut praline mixed with cocoa and agave syrup

After studying economics in England, Kostas worked for four years in the marketing department of Mastiha Shops and participated in the initial team that created Citrus, another Chian company we are proud to feature on our site. Taking a year off from work, he began running, CrossFit and yoga and prepared healthy post exercise snacks, which lead him to produce healthy snacks high in protein containing healthy dietary fat.

With the educated assistance of a food technologist, his hobby became a business.

Aided by his wife Theodosia, the nuts are roasted and then mashed in the ground floor workshop of the house, where he grew up. They are then packaged on the spot.

The ebullient illustrations of lips blowing kisses and weightlifting figures are drawn by “Nineteen Design”, an Athens based graphic design atelier. 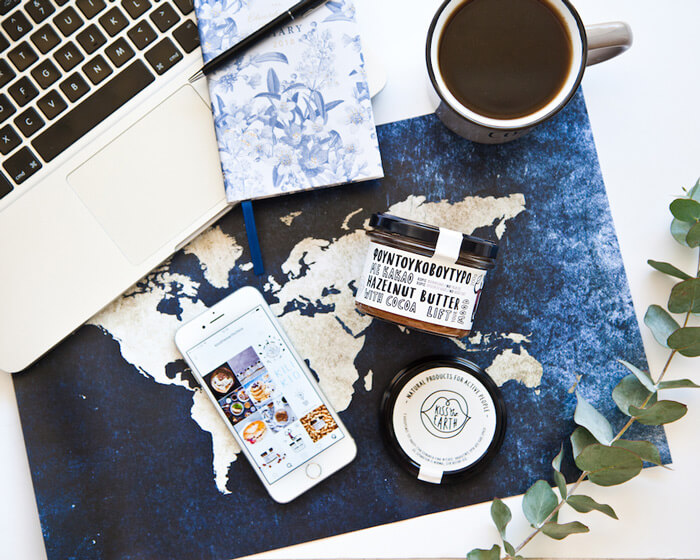 The peanut, whose second syllable belies its true categorization as a legume, was originally pound into a paste by the Ancient Incas and Aztecs.

Four further innovators promogulated the benefits of this concentrated source of energy. 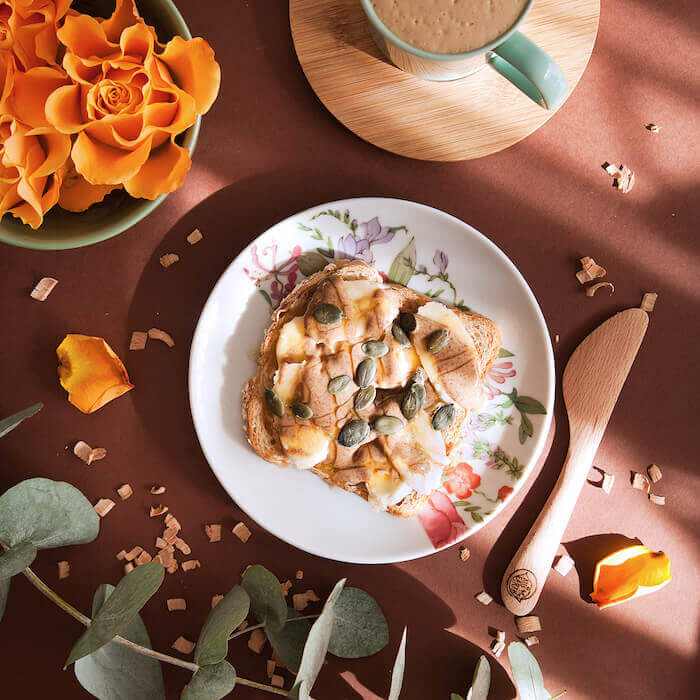 George Washington Carver, who was an agricultural chemist, in the early 20th century issued bulletins with suggestions for its use in various cosmetic and practical products. In 1884 Marcellus Gilmore Edson, a Canadian chemist, milled the nuts in a paste adding sugar to harden it. In 1895 the renowned creator of cereal, Dr. John Harvey Kellogg, patented his own extraction process and recommended peanut butter for people who could not consume solid food. In 1903 the first peanut butter making machine was invented by Dr. Ambrose Straub in St. Louis.

On an island in the Northern Aegean, Kiss the Earth essentially offers a food affiliated with America in a proudly home produced setting with a healthy and hip image.