Meet Liana Vourakis, the renowned Greek jewellery and homeware designer. She meticulously studies Greek tradition and its symbolism which she then transforms into modern artfacts.

How is it possible to discover someone whose creations have been stored in your mind for years? Liana Vourakis’ body of work has always translated into an innate sense of refined taste and an elegance which enhances your appearance and your home. Wanting to collaborate with her was such a natural and heartfelt decision.

Liana Vourakis is an eminent Greek jewelry designer and a third generation descendant of a family of jewelers. Twenty years ago, she began creating jewels with meticulously selected materials and with respect to Greek tradition and all its powerful symbolisms.

Each and every item Liana designs is researched thoroughly before moving on to its creation, thus making it unique.

“When creating, one never achieves the desired result and if one ever does, then it is best to exit the business altogether” says Liana. 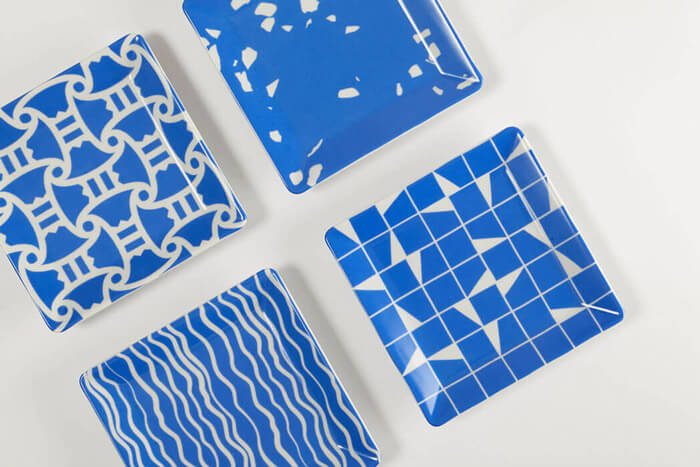 A Magic Cabinet carries Liana Vourakis’ collection of unique small porcelain trays that are reminiscent of the ones found in a traditional Greek home and which still are a useful addition on a bar or on a bedside table.The design is intended to be pure, clear and  distinctively Greek, hence the blue and white.

Her inspiration was kindled by Greek mosaics and embroidery. On one of the trays she has chosen a Minoan pattern, as she has ancestral roots in Crete and this civilisation has always fascinated her. On another she has imprinted waves and on another the angles of the traditional Greek windmill. The general idea is that each small dish is designed in such a way that its cultural references are subtle allowing the imagination to perceive them freely.

The designs complement each other and are aimed to be mixed and matched. They can be serially wall-mounted to create a porcelain wall paper!

Following her studies both in Business Administration, Marketing and Political Science as well as in International Relations in Switzerland, Liana gained valuable experience working at the United Nations. She feels that political science taught her that there are many civilisations to discover and that diplomacy is strongly linked with commerce, as they both demand communication skills.

Deriving from a prominent family in the jewellery industry, Liana barely had second thoughts about her career as she felt that jewellery design was in her DNA. As well as designing jewellery which embellishes the human body, she aims to create decorative items that serve the same purpose for the home.

First she created a porcelain collection and then went on to create the “Vourakis’ Aroma”, a personalized fragrance encased in a beautiful bottle, continuing the tradition of perfumes created by jewellers..Her family was not initially happy with this “revolution”,“but it is the final result which provokes enthusiasm” says Liana who considers herself stubborn enough to always move on, following her own strategy. 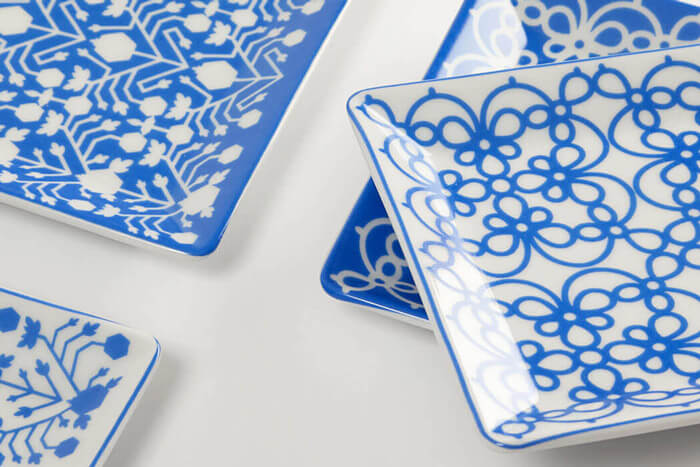 Liana’s family has dominated the Greek jewellery market since 1926, when her grandfather Ioannis founded Vourakis Jewellery. Today Liana continues the family tradition providing a truly personal level of service to her clients and always being eager to hear their feedback.

Liana Vourakis’ shop is in Kolonaki yet she usually designs new concepts at her home office, which is filled with books.

Conceiving a new idea is the hardest but simultaneously the most exciting part of her business.

“The mind is like a scrapbook, you always write down things intended to lead you somewhere, but in the end you usually take a different path. Creation is very fascinating and helps us forget our worries and improve ourselves.”

Her next collections will be inspired by the Minoan civilization and by the traditional Greek pots, always with a contemporary twist.