I have long been familiar with Minas’ luscious and understated pieces characteristically silver but also available in oxidized silver or gold. Over the years, I have ferreted away a fair number of them given to me as gifts and they lie nestled comfortably in my inlaid walnut jewellery box in Mykonos, where Minas’ landmark store dominates the cross section of the town’s main street.

The pieces are recognizable by their lavish curves, calming simplicity and the customary black fabric cord secured with a silver nugget on which the pendants are suspended. The packaging is a grey velvet pouch which unfolds to reveal the precious metal contents within. 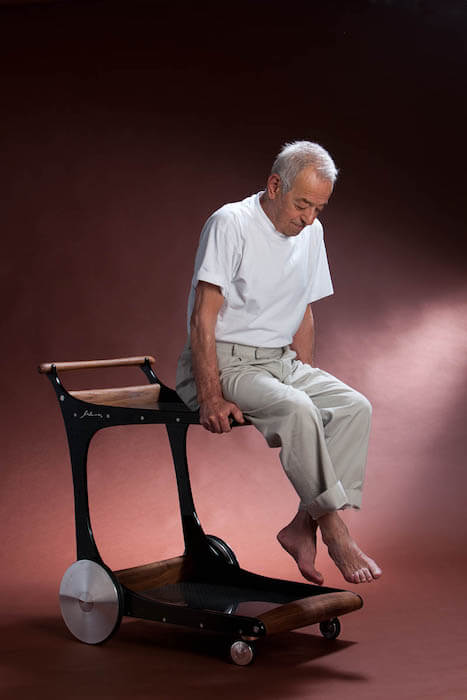 Minas known by his first name only, was born in Athens 1938 and begun at the early age of fifteen to train as a goldsmith with Angellos Vourakis, the official goldsmith of the Greek Royal family.

At age 30 he headed out to New York with 200$ and no grasp of the English language. Overcoming these obstacles, he remained there for eleven years. After two years he managed to work as a freelancer creating jewellery in gold and silver, never using stones.

In 1980 Minas returned to his homeland and commenced a new limited production of pieces with his personal signature, a tradition that continues. The materials he uses other than silver and gold, depart from the traditional realm of precious metals to include stainless steel, rubber, marble, wood and porcelain sometimes combined.

At age 80, Minas continues to oversee the design and technical production of his pieces together with his two sons who continue his legacy consummate silver jewels finished with his rigorous signature

In 1983 he began experimenting with engineering skills for industrial design and in 1986 embraced architecture also. This transition continued to the early nineties and included furniture and objects in wood, marble and stainless steel.

In 1992 he began a rewarding collaboration with renowned silver smith Georg Jensen creating objects and jewellery, exhibiting his work primarily as the first non-Scandinavian to be included in that firm.

Minas opened his iconic Mykonos store in 1998 and after that also collaborated with the Greek porcelain factory Ionia and the prominent Japanese department store Isetan. 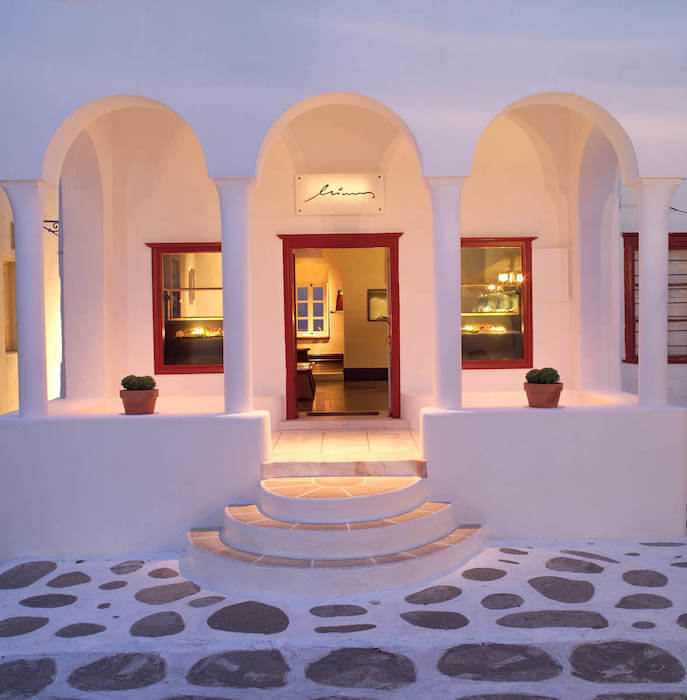 Minas’ artistic vision creates pieces which are solid and compact incorporating the curves of the human body. In 1992 he branched out to utilize difficult materials, which he exhibited in the Zoumboulaki gallery and the Goulandris Museum of Cycladic Art display a permanent collection of his. His interpretation of a marble plate featuring this archetypal Greek material was transposed into silver by Georg Jensen in 1998.

His atelier is in Athens, where he opened his flagship store. At age 80, he continues to oversee the design and technical production of his pieces together with his two sons who continue his legacy consummate silver jewels finished with his rigorous signature.

You've switched the language and there are items in the cart. If you keep the English language, the cart will be emptied and you will have to add the items again to the cart.