Meet Vivi Karaiskou and her company, Nature Theories. A line of organic cosmetics, made with pure ingredients that will enhance your natural beauty.

In the somewhat stiflingly cramped offices of A Magic Cabinet, a package arrived a while ago and its fragrance pervaded the whole room.

The package contained products from Nature Theories which is a newly established company whose goal is to produce organic cosmetics, fulfilling the needs of their customers whilst simultaneously respecting the environment. It was established in 2018 by Vivie Karaiskou in the suburb of Neo Iraklio in Athens.

The producers use pure, raw materials which are neither of animal origin, nor genetically modified and are not tested on animals. Their vibrant and colourful packaging is designed in house by their designer and the crisp black envelope encasing their delicious coffee body scrub easily closes with a snap. 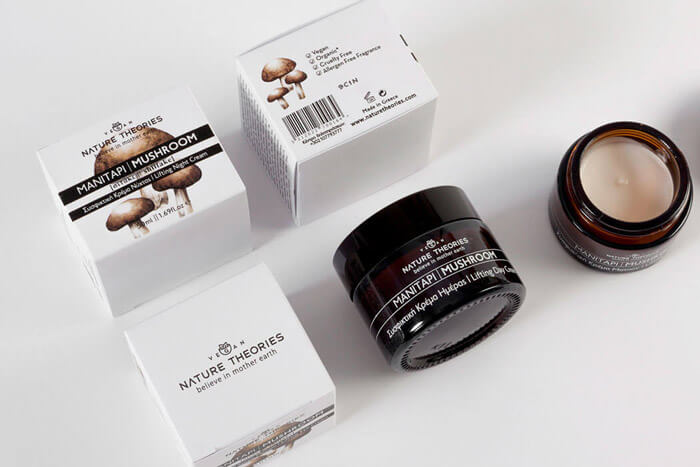 The producers use pure, raw materials which are neither of animal origin, nor genetically modified and are not tested on animals.

They combine traditional pharmaceutical and medical practices with contemporary scientific research and meticulously select organic extracts and oils which are rarely found and used. However, what really makes Nature Theories products unique are their innovative combinations: coffee with fig and ginger, coffee with red grape and black pepper, shitake mushroom with white truffle extracts, shitake mushroom with wheat oil, to name some of them. The aromas are intense and entrancing.

Up until now Nature Theories has launched three lines: Hibiscus, Mushroom and Coffee, ideal for deep cleansing, exfoliation and moisturizing the skin as well as providing anti-ageing action.

In our e-shop we are selling face and body scrubs, a body butter and a serum from their coffee line as well as a day cream, a night cream, an eye cream and a body butter from their shiitake mushroom line. The coffee serum is one of the most potent and tingling I have ever tried!

The company also creates bespoke label products on behalf of other companies, beginning with the basic concept and the design of a product and moving to the provision of continuous support.

Vivie has worked for many years in the tourism industry and she realized that there is a lack of good quality natural cosmetics in hotels and tourist super markets in Greece. That is why she decided to create Nature Theories, which is able to supply hotels on islands such as Corfu and Crete.

Apart from nature, her inspiration for a new product is triggered by market trends and customers’ feedback. 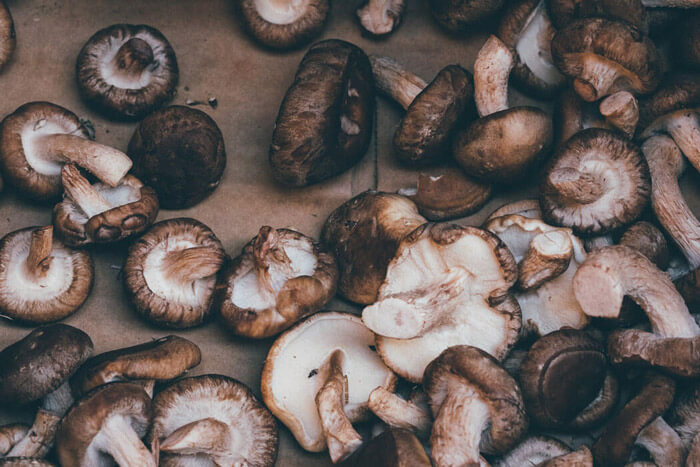 Vivie has a small team of three people: one researcher, one marketeer and one designer who try out all their products before launching them.

Vivie was thrilled to finally found a new company, despite some obstacles, and she feels very creative when launching a new product.

She and her team are scheduling soon to launch two new lines based on cannabis and activated charcoal.

While coffee is most widely used as a beverage, it is also known as an alternative remedy for the skin. A high antioxidant, it helps fight free radicals that can lead to skin damage. As a part of a body scrub, coffee does a great job against cellulite and prevents the creation of stretch marks. 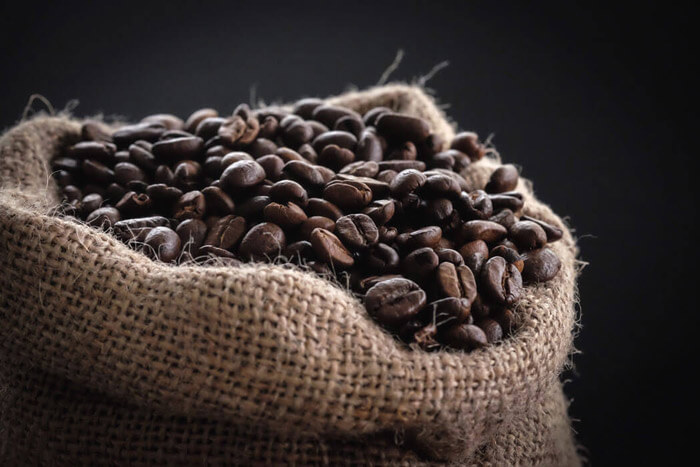 While coffee is most widely used as a beverage, it is also known as an alternative remedy for the skin. A high antioxidant, it helps fight free radicals that can lead to skin damage.

Shiitake is a brown-capped mushroom native to East Asia, rich in minerals, vitamin B and selenium which protects cells from damage and acts against inflammation and acne.

In the past, shitake mushrooms were exclusively cultivated in Asia and Japan. In 1982, a report on the budding and growth of the Japanese variety concluded that a commercial cultivation in the United States was possible. Shiitake mushrooms are now cultivated all over the world.