Meet the brand that makes products based on donkey milk and their signature and internationally certified handmade soap, containing donkey’s milk and olive oil

A Magic Cabinet enthusiastically endorses products from small dedicated producers creating innovative items from the fruits of the earth or the sea. We find it especially satisfying when these items derive without pain or sacrifice from animals. The name ONOiamata comes from the ancient Greek word “onos” for donkey and “iama” meaning a healing and restorative property.

Their signature product is an internationally certified handmade soap suitable for all skin types, containing donkeys’ milk, olive oil and caustic soda with no water or preservatives added. 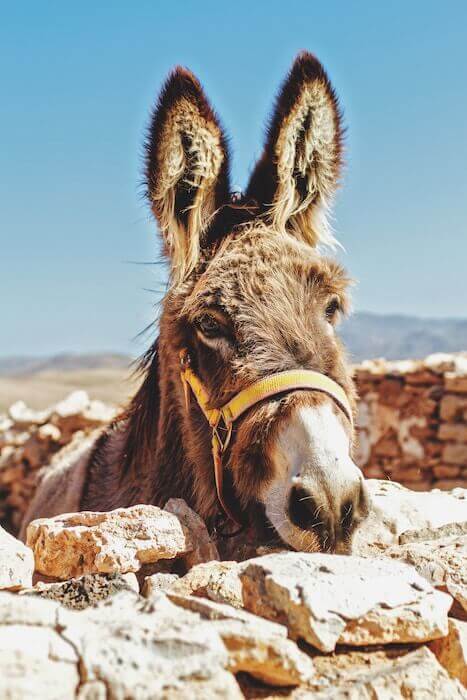 Chrysoula Tsiroga and her husband Nikos Boukouvalas started breeding donkeys in 2006 to sell the milk, which has become increasingly popular in Greece with its nutritive wholesomeness and coveted status of a superfood. Chrysoula firstly tests the donkeys’ milk and other ingredients in a laboratory and then she makes the ONOiamata soap by brewing the donkeys’ milk with other elements, paying attention to keep the temperature below forty degrees Celsius following the Cold Method of processing which retains all the milk’s nutrients. The mixture is then blended and potted in small molds.

It takes 24 to 48 hours to curdle and solidify and it takes more than three months to maturate in a specially designed environment.

The mineral salts of the milk are effective in cleaning the skin by removing dead cells, allowing new ones to regenerate. Its essential fatty acids encourage healing and its high levels of protein phospholipids and ceramides defend against ageing and wrinkles. 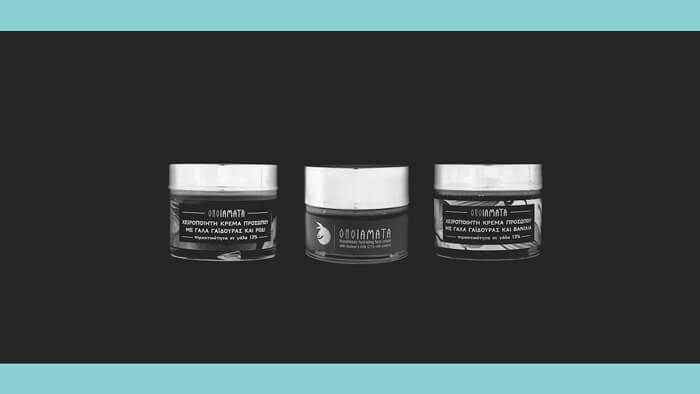 Chrysoula had never pursued studies relevant to cosmetology and had previously worked in a bakery. The first batches of soap were created at her kitchen table, but as production increased, she moved to a workshop, relying on the opinion of friends for customer feedback and involving her family, especially her son who is a chemistry professional, in the enterprise.

She felt an intense pride in her own personal creation which made her freckles disappear entirely!

The humble ass has historically provided an elixir with its milk. In Ancient Greece, Hippocrates, the founder of medicine touted it as a cure for dysentery and an antidote to snake bites. Women who wished to be as beautiful as they were powerful swore by it. Queen Cleopatra of Egypt soaked in it, the second wife of Roman Emperor Nero applied it to her face and Emperor Napoleon Bonaparte’s younger sister also recognized its regenerative properties and the glowing purity it imparts to the skin reducing blemishes. 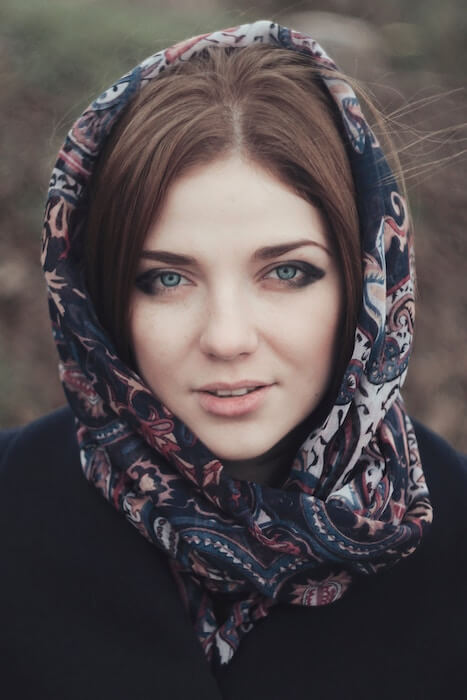 The humble ass has historically provided an elixir with its milk. Women who wished to be as beautiful as they were powerful swore by it

Chrysoula and Nikos were born and raised in Edessa, an inland city in the district of Pella. It was historically significant because Caranus, the first king of the ancient kingdom of Macedonia, nominated Edessa as its capital. The name means Tower in the Water as the city is renowned for its majestic waterfalls. The nearby spring of Karkagia bathes the region with crisp, clean water enhancing the vegetation which the donkeys eat.