Tetteris is the ouzo brand that I know best. As a child, in the summer on the island of Chios, I could only observe the sacred platform, where the drinks were housed from eye level. A capacious glass tray with dulled metal handles, shaped like bamboo stalks, sat atop a heavy carved, dark wood dresser, topped with a lace runner.

There was a round ice bucket of red plastic with a white thermostatic lining, topped with a silver knob. The instrument to pick up the ice was plated silver, had two loops, where you manipulated it with your thumb and finger and a pair of claws to grab the ice! To me, it seemed liked a terrifying tool of torture. The ice was obtained from white plastic ice trays of inadequate capacity from which the ice was extracted with difficulty. The ice trays were stashed in a very small freezer in the top compartment of our large Westinghouse fridge. 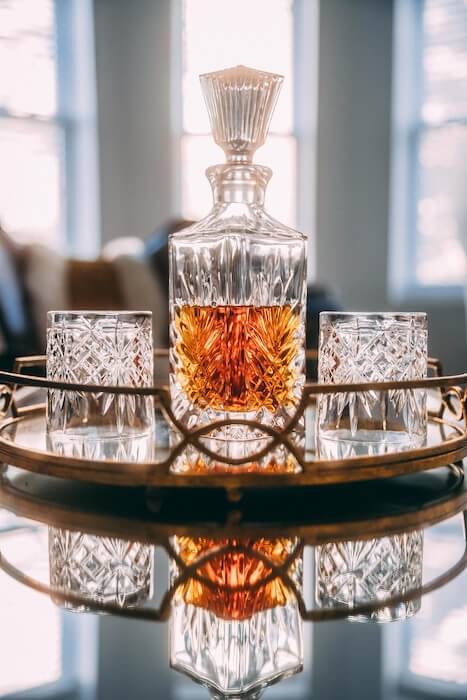 The house’s alcoholic offerings were typical of the early 1960’s era, and also reflected, what was available in the Chios marketplace or what might have been purchased in London and brought over as a valuable addition

The house’s alcoholic offerings were typical of the early 1960’s era, and also reflected, what was available in the Chios marketplace or what might have been purchased in London and brought over as a valuable addition. There may have been a faded green bottle of Pernod with its yellowish label belying its age, Campari, a staple, was certainly there and some whiskeys for the grown up and male drinkers – Haig and Dimple seem to remain in my mind, as does Gordon’s gin with its quasi floral label and Metaxas, a renowned Greek brandy. There may also have been a Vodka of obscure, but authentic, Russian origin.

Ouzo was the king of this bar. There was Tetteris 7 with its jolly label and Tetteris 5 with its more restrained look. 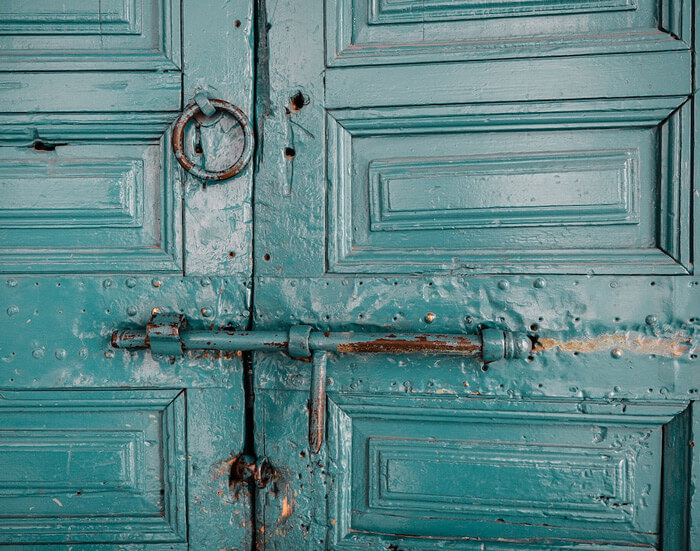 In 1846, in his native Chios, Stylianos Tetteris begun distilling ouzo from aniseed for domestic consumption. His passion for his product and his excellence in its execution convinced him to launch it professionally. He combined it with another indigenous ingredient, mastiha, which was particularly popular with the wives of the occupying Turkish forces. This ouzo mastiha was then imported to Istanbul and by 1930 to Egypt, where many Greeks resided.

In 1912 Styllianos’ son, Ioannis obtained permission from the new Greek government, just after Chios’ liberation from the Turks, to open a distillery.

In 1954 Ioannis’ son, Eleftherios graduated top of his class in Oenology and Distillation in Dijon France and noticed a burgeoning trend towards liqueurs made from indigenous fruits.

Eleftherios and Styllianos, his brother, adapted this trend and produced liqueurs, such as mandarin, bergamot and rose, extracting these fruit and floral aromas and distilling them into liquor. He also begun distilling a selection of the purest indigenous mastiha crystals, as well as creating brandy in copper vats.

Eleftherios and Styllianos, his brother, adapted this trend and produced liqueurs, such as mandarin, bergamot and rose, extracting these fruit and floral aromas and distilling them into liquor 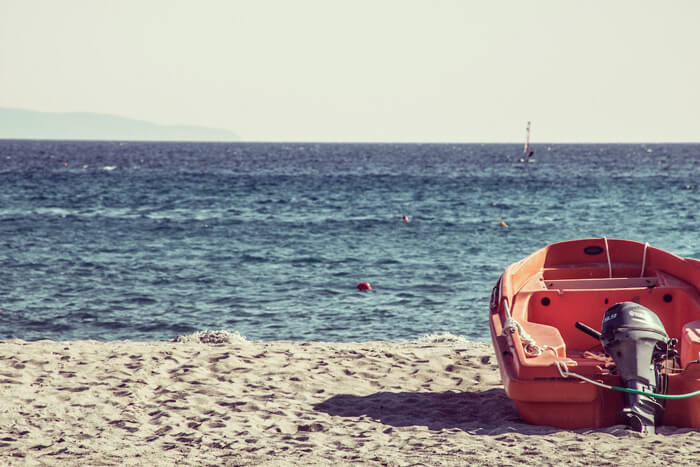 Other islands and places can claim the excellence of their ouzos but, descended from my Greek father, I have my preferences based on personal recollections and tastings. There is one undisputed ingredient, however, that is completely unique to the island of Chios, which is mastiha that can grow nowhere else. This squat tree, also known as schinos, dates back as far as six million years, if leaf fossil discoveries are to be considered. Legend dictates that when the body of St.Isidoros was thrown amongst the trees, they wept tears.

Even to this day, the Tetteris factory, is where I park my car to begin my morning jog in Kambos, commenced with reluctance and a sense of hardship but completed with euphoria and gratitude. The wafting fumes of ouzo that emanate are what I inhale as I stretch, while memory and instinct soothe my limbs.