The lace from the village of Lefkara, used conventionally for tablecloths, is breathtakingly delicate. The loom woven linens ranging from silvery off white to spectacular multicoloured from the village of Fyti, together with the Lefkara embroidery, are interwoven with the cultural legacy and dignity of the people of Cyprus. Retrovi, signifying rediscover in the language of Esperanto, restyles this noble heritage into a range of contemporary clutch bags sheathed in linen and embroidered with lace which distinguish themselves by their clean lines and the geometry and symmetry of their patterns. Each bag is numbered, recorded and completely unique as no motif is ever repeated. 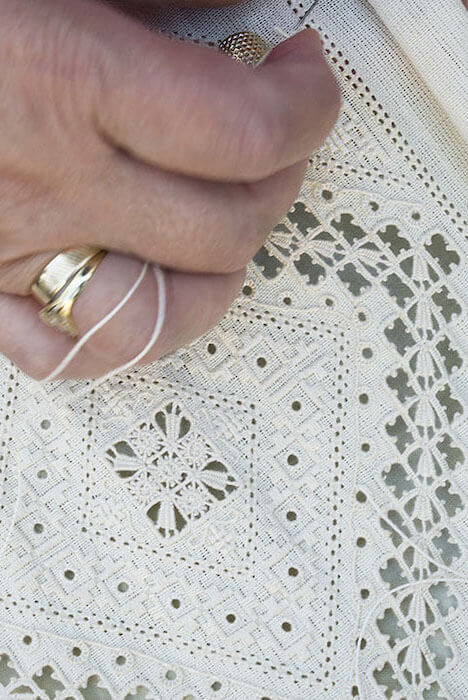 Myrna Pattichi and Myrto Fereou, conceived the brand two years ago from their passion for traditional Cypriot handicrafts which they were determined to unwrap from the drawers of history in order to infuse them with renewed life and refreshed formulaic patterns. The craft of “asprobloumi”, white embroidery, was worked all over Cyprus however for the women of Lefkara, lace making has always been and still is a primary occupation based on the innate influence of Greek and Byzantine geometric patterns. This tradition was developed by the influence of the Venetians, adept in lace making, during their occupation of the island from 1489 to 1571.

The craft of “asprobloumi”, white embroidery, was worked all over Cyprus however for the women of Lefkara, lace making has always been and still is a primary occupation based on the innate influence of Greek and Byzantine geometric patterns 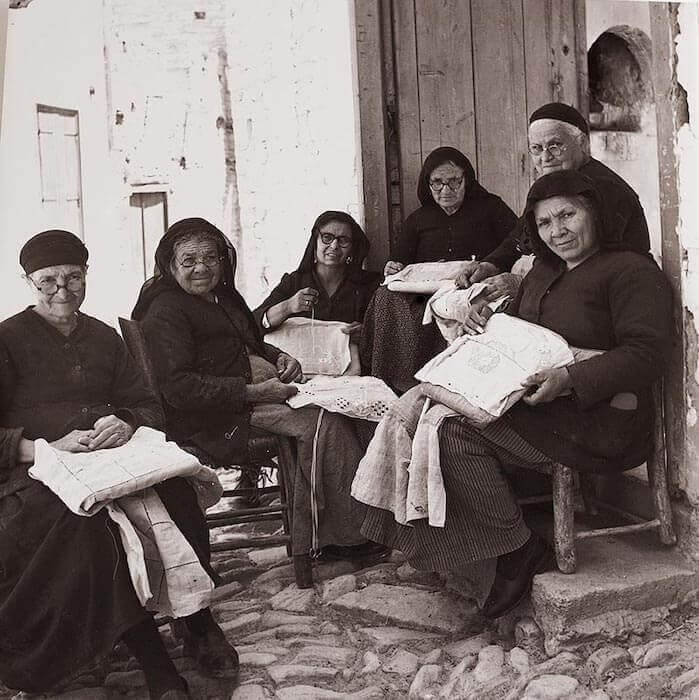 The lace is named after the village which is the epicenter of such production in Cyprus. Since the 6th century BC weaving was integral also to the island, energetically exploiting the local cotton production. Processing, spinning and weaving this material became the main occupation especially of the women from Fyti, in the district of Paphos. The loom used for this has hardly changed at all over centuries. The resuscitation of the embroidery and weaving crafts which Retrovi has instigated and modernized challenges the eighty workers employed by the brand, thus creating a sustainable economy in Lefkara and Fyti. 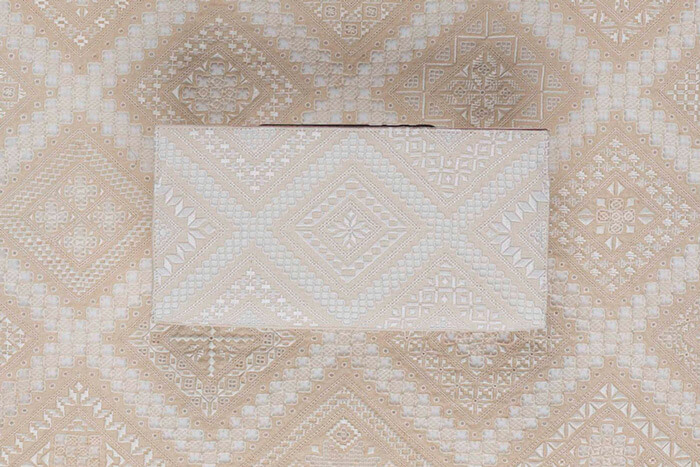 Cyprus’ strategic location straddling bustling trade routes coupled with its richness of natural resources, attracted foreign invaders from the great empires of the time and these occupations left behind artistic influences.

The clutches are named for the Queens of Cyprus and this particular monarch, Berengaria, was queen of England also, married to King Richard I, the Lionheart. Her ship sailing from Mersin in Southern Turkey, was shipwrecked after which she was captured in Limassol. Richard rescued her, took possession of the island and married Berengaria in 1191.

These clutches are made with artistry in the cobbled yards of Cypriot villages and promoted to the world by women proud of their patrimony, gifting historical handicrafts with a whole new narrative and endowing them with a role in the contemporary fashion world.