This cottage industry is based on Tinos island and produces traditional local delicacies, such as handmade pasta, rusks, sauces, starters, and sweets of the spoon

A Magic Cabinet, which is itself a type of closet, felt an immediate affinity with the name of this brand, “Granny’s Cupboard”.

“Το Ntoulapi tis giagias” is a small workshop and retail shop in Smourdia, Tinos, established in 1994 by Josephina Delatola. In 2015 her daughter, Louisa Armakola, took over and assumed the marketing role. Her partner Giorgos, a pastry chef, works alongside her and Josephina is always there to provide necessary guidance.

They make 100 products including pasta, wholemeal rusks flavoured with tomato, jams, cookies and sweets of the spoon, a typically sweet and syrupy Greek confection, traditional Tinos pasta and an appetizer named “To orektiko tis Katerinas” made with roasted aubergines, Florina peppers, caramelized onions and sun dried tomatoes. This is an ideal match for wine or raki, can be added to salads, used as a pasta sauce or served as an ideal pizza or rusk topping. 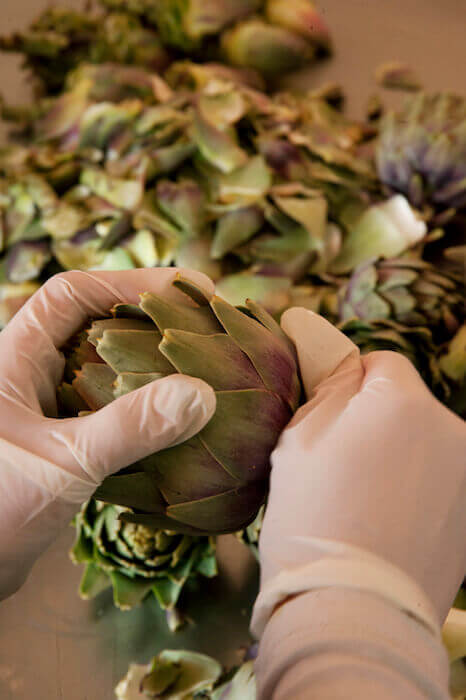 They make 100 products including pasta, wholemeal rusks flavoured with tomato, jams, cookies and sweets of the spoon, a typically sweet and syrupy Greek confection, traditional Tinos pasta and an appetizer named “To orektiko tis Katerinas”

Traditionally Tinos housewives made noodles and dried them out on bed sheets in the sun. A staple food but also a typical wedding dish, noodles were boiled in milk and then served in soup during winter. Louisa continues the local tradition but dries the noodles on wooden stretchers. The preservative free pasta is made from 100% semolina, locally produced eggs and milk, olive oil, fresh vegetables, sugar and salt.

The handcrafted rusks are simply delicious. After being moulded and oven baked, they are taken out for the dough to set and then put back in the oven again, according to Louisa’s grandmother’s traditional Tinian recipe. 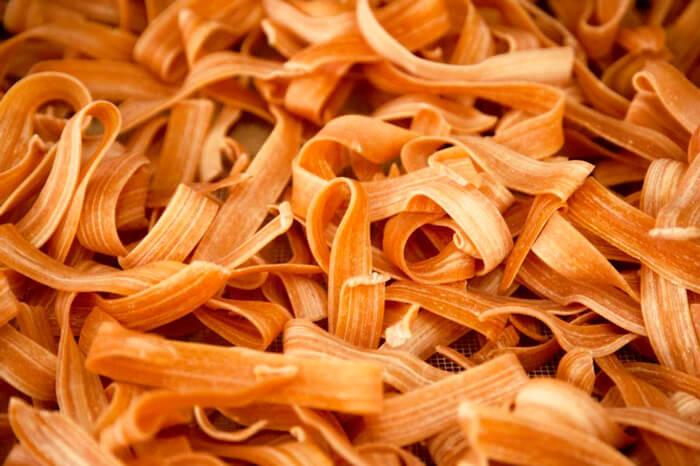 Louisa, a designer by trade, used to work in the family store and has childhood memories of Tinos, its smells, flavours and foot paths. As her mother worked long hours, she was primarily raised by her grandmother, who introduced her to the magical world of Tinian cuisine.

When Louisa decided to establish her own business in Athens, she took her grandmother’s old Tinian wooden cabinet with her. Her love for Tinos proved so strong that she gave up her Athens enterprise and returned to the island to continue the family business, named after her grandmother’s cupboard. The Greek words for grandmother and cupboard are giagia and ntoulapi respectively. 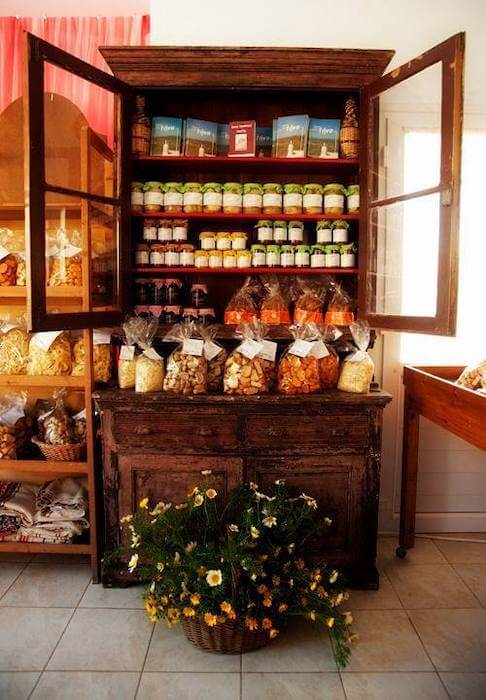 When Louisa decided to establish her own business in Athens, she took her grandmother’s old Tinian wooden cabinet with her

Louisa has a passion for gastronomy and wants to offer the consumer pure products, a healthy alternative to fast food as we know it. There is nothing she loves more than getting the rusks out of the oven or packaging her products. They enclose the scents and memories from her beloved island and which is what she hopes they evoke.

Tinos is a place known for its paths and dry stone walls. “You have to walk a lot in order to discover the island”, Louisa says. Tinos is also renowned for its wild artichokes, whose cultivation is aided by the island’s dry climate. Artichokes, along with capers are the most popular plants in Tinos, celebrated by an artichoke festival every June and a caper celebration every August.

“Το Ntoulapi tis giagias” products are sold in the local co-operative, in stores and delis selling traditional products and are currently exported to Germany and France. Lovingly made and exclusively packaged and labelled, they transport you to the natural beauty of the island.