Legendary designer Yiannis Tseklenis introduced Greek fashion to the world. Discover one of his last creations, exclusively on A Magic Cabinet.

This story had already been written before the sad and sudden death of renowned Greek designer Yiannis Tseklenis on January 29th. We, at the site, had been tremendously pleased and honoured that Yiannis had created a silk scarf exclusively for A Magic Cabinet. We were shocked and saddened by his death and now even more appreciative of this treasured item, one of his final works.

Yiannis had been wanting to design a Chios inspired article for a long time. Using his own thematic collections as the starting point, he chose a vintage design and asked his longterm collaborator Giorgos Tiakiris, who continues his family’s legacy of silk making in Soufli, to turn it into a digital print. It was with great joy that Giorgos approached us to present this elegant scarf whose linear design has been inspired by the architecture of the village of Pyrgi in Chios.

The scarf is available in four colours: coral, light blue, grey and olive green. Apart from the unique design, the quality of these scarves is special because due to their silk their texture and refined technique. The production process and especially the finishing touches, are, according to Giorgos, a family secret! 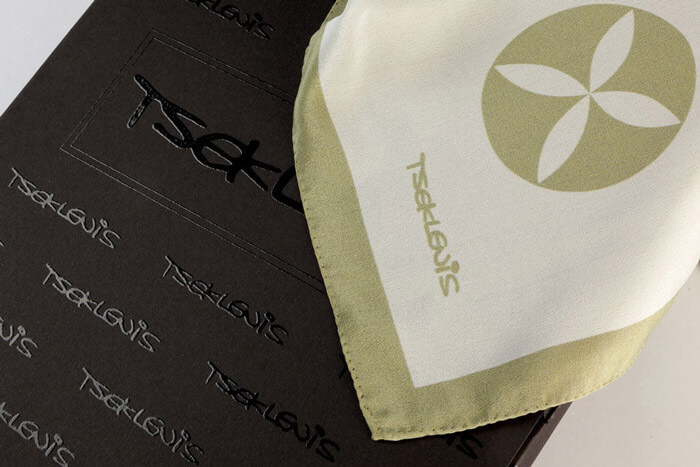 Apart from the unique design, the quality of these scarves is special because due to their silk their texture and refined technique.

In Soufli, silk makers have a hand in the entire process: from breeding the silkworms, to winding and finishing. They remove the naturally produced silkwork gum from the filament and wash it using olive oil soap. A protective layer stops the colours from «flooding» the scarf.

Digital printing allows for a precise production process, a huge number of colours and it is also environmentally friendly. It is low on electricity and water consumption compared to tradition silk screen printing and it produces a lot less waste. WWF has given the family business an award for its exemplary silk waste management.

The Tsiakiris silk house was originated because of Giorgos’s great grandmother Vaya’s silk creations. In 1954 her two grandsons founded the Tsiakiris Brothers’ Silk House, which started out as a business run from home and gradually became a factory.

Giorgos studied textile engineering in Piraeus and then specialised in their design. He took over the family business in 1990 and he first used digital printing in 1999, changing radically the way they worked so far.

Yiannis was a preeminent designer who introduced Greek fashion to the global style scene in the 1970s. He grew up in his family’s textile import business, deeming him a familiarity with this world from an early age. He had an aptitude for drawing and also spent time studying marketing and advertising basics. He had always known how to select the best textiles so the next step was to start designing them himself in the mid 1960s. He ended up moving into garment design and his first collection “Waves and Abstracts”, combining Greek elements with bright colours was a huge hit! 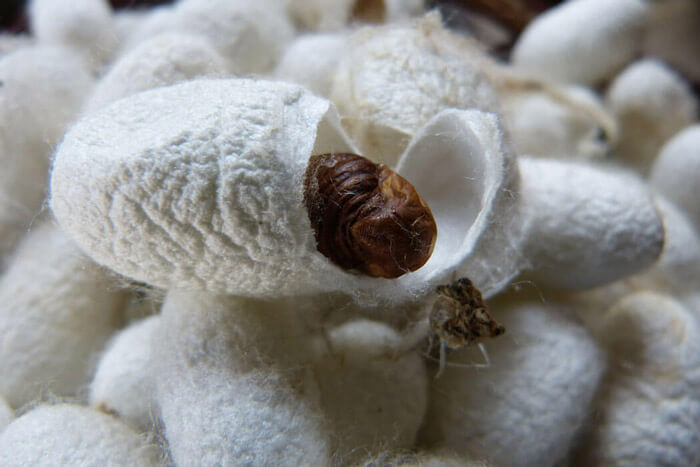 Silk printing has been a Soufli tradition for generations.

The Museum of Silk Art, opened in 2008, is fully equipped with all recent technological advancements and is accessible to people with visual impairments.

Yiannis was never a fashion trend follower. He was mainly interested in design and textiles and as a genuine pioneer he introduced theme fashion. 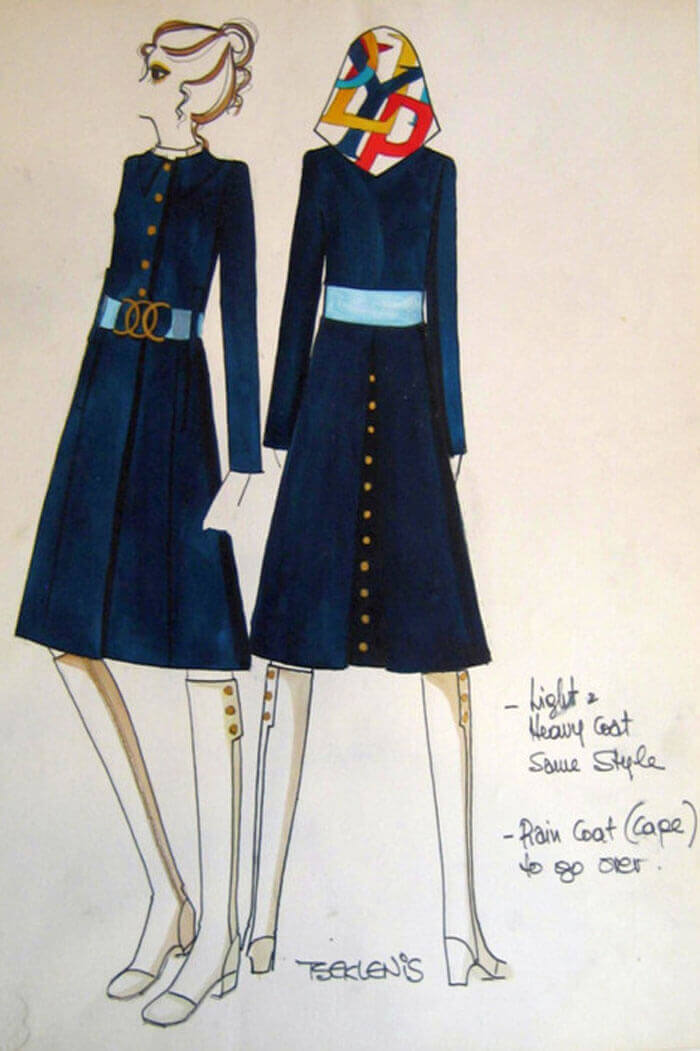 Yiannis was never a fashion trend follower. He was mainly interested in design and textiles and as a genuine pioneer he introduced theme fashion.

All of his collections had a core theme and the design was always related to Greek history and folk art, international historical, political and sociological issues as well as painters’ works, such as the Impressionists, El Greco and the Greek contemporary painter Yannis Gaitis. His themes were always up to date in order to attract the buyers’ attention. His Russian collection for example was shown in New York the day Nixon set foot in Russia. 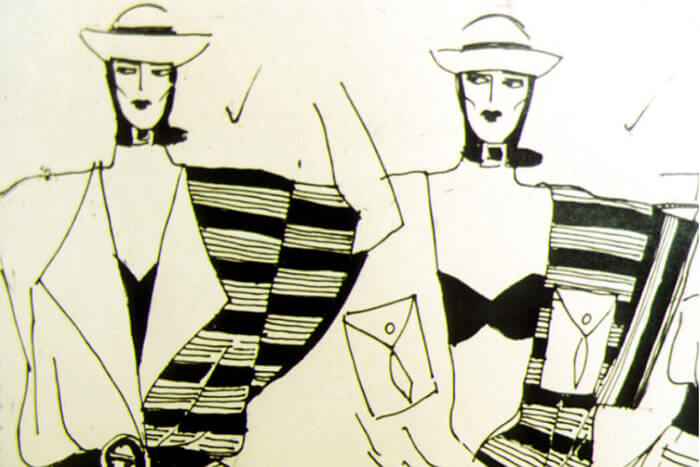 In the past 28 years he had not been involved with the world of fashion but still kept designing. He had turned his hand to everything from hotel complexes, including the first boutique hotel in Greece (Santorini’s Vedema), buses, trains and planes.

A classic fashion name, with boundless energy, he had quoted once that: «he was still not intimidated by a blank sheet of paper»!