Introducing the creative force behind a local workshop and retail store that creates eclectic wooden decorative items, homeware and jewellery

The centre of Chios town is a bustling place and a vibrant even, if slightly chaotic, mix of mainstream beauty emporia, overstuffed pharmacies, electronics shops and jewellery stores. On a quiet side street off the shopping avenue, Aplotaria, is Woodicrafts, a workshop and retail store, showcasing wooden decorative items, homeware and jewellery. The wooden bowl featured here is exquisitely smooth with a deep rim, the lustrous walnut wood displaying tones of caramel and dark brown. It began its works in 2016 and is the creative product of a young couple Giorgos Kotsioris and Filia Glyka. 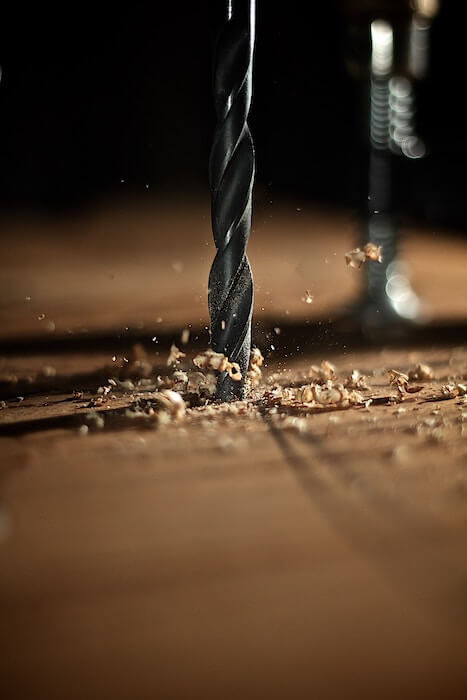 Artisanal crafts in Chios primarily bring to mind the cultivation of mastic gum, the pearly, resinous tears harvested from a squat and sinewy tree which, only in Chios and indeed only in the Southern part of it, is called pistacia lentiscus.

Other than the mastic tree, Chios also has forests of pine but many of its green areas were destroyed by a widely destructive blaze in 2012, but are now thankfully regenerating. 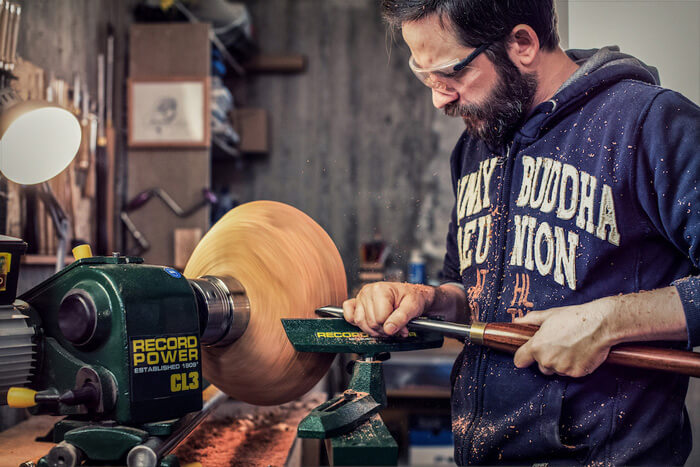 Giorgos was born in 1978, in the city of Athens. Growing up, he spent his summers in his ancestral village, situated in the mountain region of Karditsa. The childhood experience of observing locals creating wooden tools and everyday objects ignited his interest in the woodcrafting trade.

Ten years ago he began as an amateur experimenting with small furniture. As his fascination and knowledge of the material grew, he discovered the potential gleaned from using new equipment and techniques which led him to focus on his subsequent work with the wood lathe.

As his fascination and knowledge of the material grew, he discovered the potential gleaned from using new equipment and techniques which led him to focus on his subsequent work with the wood lathe 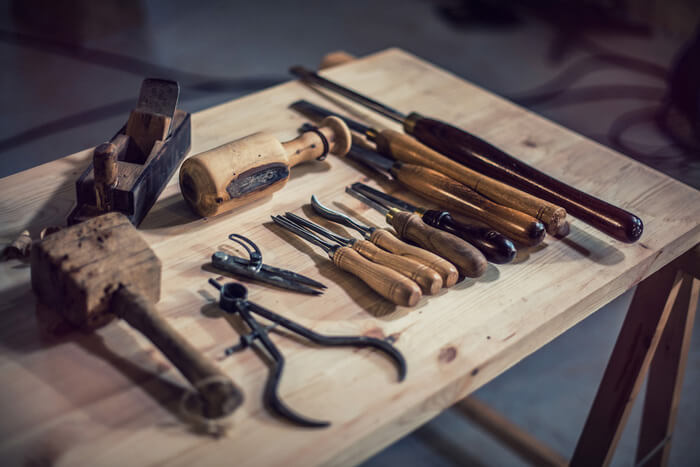 Filia was born in 1986 on the island of Chios. Painting has been a part of her life since childhood, as she participated in several group and solo exhibitions.

In the years to follow, she studied Architecture at the National Technical University of Athens. Equipped with new knowledge of design, combined with her love of painting, she is now able to develop and decorate objects.

They are a couple that complete each other. Giorgos creates the products and Filia paints and decorates them. They draw inspiration from the rich cultural heritage of the island and use locally sourced materials, such as mastic or olive wood, among others beech, ash and other local woods.

They draw inspiration from the rich cultural heritage of the island and use locally sourced materials, such as mastic or olive wood, among others beech, ash and other local woods 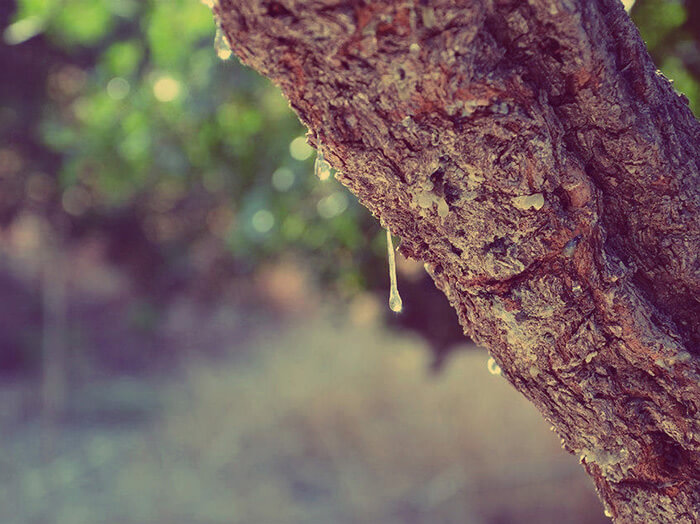 Their aim is to showcase the material’s potential, emphasizing the simplicity that is nature’s method of creating. Furthermore, by blending traditional forms with modern elements, their aim is to fashion objects that are original, unique yet timeless.

Chios has a rich cultural history and a robust tradition of commerce. The fifth largest island of all the Greek islands, it was occupied by the Genoese and then the Turks, and not only did it withstood the shackles of subjugation, but it fostered a vibrant trade in the export of citrus fruit and mastic. It has also fathered some of the greatest Greek shipping dynasties. Its natural beauty which offers a rich selection of woods, is encapsulated and immortalized by the products of Woodicrafts. As the couple say, “the whole point is that when someone visits our island, then they can take with them a piece of the land that will withstand time.”