A Magic Cabinet proudly offers products which are almost exclusively Greek made. However our mother, who is the boss of the site, bends this rule when she finds an exceptional product which satisfies a certain niche. Gladly for all canine consumers, these biscuits from Portugal were allowed inclusion.

Cooka’s Cookies, which is a business baking cookies specifically designed for dogs, was founded in 2018 by Aline Saupé. The company was named after Cooka, an adorable Weimaraner, who is the real boss. I also like to think that Bella and I hold a similar position of authority at the site, but in reality we are mere editorial contributors for the pet section.

These cookies are hand made with fresh ingredients selected from local farms, with no additives, chemicals or synthetics. The contents are all human-grade with high quality meat, fresh apples and nutritious berries, chia and flaxseeds ensuring anti-oxidant properties resulting in healthy skin and shiny fur which is a must for us dogs however much we say we don’t care about health issues. We like to feel well and limber as much as you do. 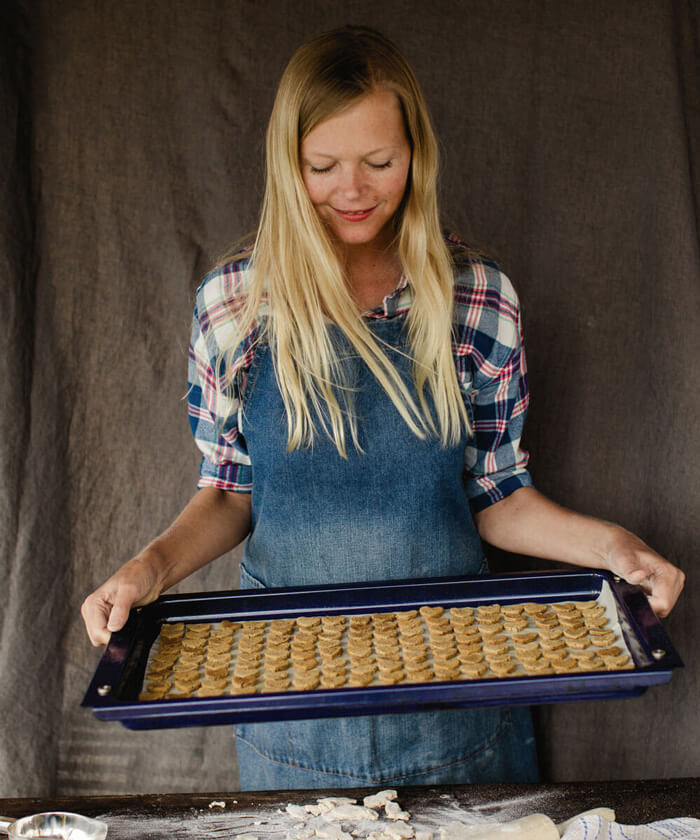 Cooka’s Cookies, which is a business baking cookies specifically designed for dogs, was founded in 2018 by Aline Saupé. The company was named after Cooka, an adorable Weimaraner, who is the real boss. These cookies are hand made with fresh ingredients selected from local farms, with no additives, chemicals or synthetics

Small quantities baked daily at low temperatures, moulded by hand and baked in a traditional kitchen. The founders’ secret ingredient though, is their pure love for the dogs. For our site we have selected the flavours: gourmet burger, chicken love and liver pâté, but there is another flavour called beef bones. Bella, the other dog in our family and my subordinate dog columnist, has a tendency to devour all snacks, gulping without tasting. I am a choosy eater and at first reluctantly sniffed at these snacks. However much I wanted to pretend my disinterest, I could not resist. I capitulated to temptation. All cookies are tested on humans and Aline’s husband, Alex is the first to taste them. Aline is assisted by nutritionists and vets, preparing her recipes, like John her Greek representative and Graca who is the sales manager.

Raised in East Germany, Aline learnt from an early age to appreciate the magic of genuine tastes in the kitchen. Her dream though was to travel, and it came true when she won a photograph contest as model after which she travelled to California to begin a modelling career. After getting Cooka, Aline started preparing real food. Therefore, all of Aline’s dogs adored her dishes and the health of Bubi, the family’s rescue dog, improved after eating them.

When Aline met Graca, they became friends and decided to sell Aline’s cookies on the market. Things were tough, but the two women never gave up as they believed in their cookies and in the happy faces of their dogs every time they tasted them. I find this devotion and enthusiasm very touching. Last November they founded Cooka’s Cookies. 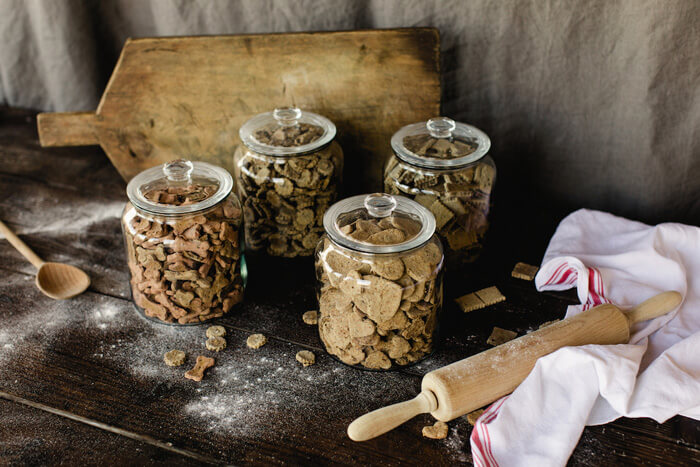 Cooka’s Cookies is based in Sintra, a resort town close to Lisbon, the capital of Portugal, with tropical vegetation and ideal beaches for surfing. The city is full of castles and mansions painted in pastel colours, while Sintra National Palace is distinguished for its emblematic twin chimneys and its detailed tilework. “It is like someone has dropped you into a fairytale” says Aline.

Aline bakes her cookies in a small human bakery. She gets great satisfaction when she meets people whose dogs eat hardly anything but love her cookies, just like me. Aline and her team plan to launch a vegan line and donate a part of their earnings to support Africa’s wildlife. The evening dispensation of treats in our house can sometimes lead to squabbles between Bella and myself and can escalade to snarling and baring of teeth. I have to say that Cooka’s Cookies are a snack definitely worth fighting for.