The closest friend of the late Christina Onassis reveals her Magic Cabinet, full of summer memories, aromas and flavours from Scorpios and Argentina

My favourite photo is an old photograph where myself and my best friend Christina Onassis, are embracing and dressed in all red.

My personal Magic Cabinet is essentially my desk that is in my favourite part of the house, my bedroom. I have a reading light adorned with two angels which dates from 1800. Ι keep my favourite diaries in the drawers and my favourite photos, like the one with Jackie Kennedy Onassis and John John Kennedy, on my bedside table.

My house in Argentina is full of my favourite possessions. I love horses and works by Greek painters, like Gyzis or Lytras. When my parents passed away, we shared their paintings among the siblings and I chose the ones by Greek artists.

In my living room I have a Lebesis painting which depicts a little donkey and a woman holding the Greek sky. I love donkeys and purposefully chose it for that space, while my slightly snobbish dad had had the painting hanging in the hallway.

In my home in Greece I have a photo of Tina Livanou with Winston Churchill, which he actually signed.

I have certain things I always return to as they feed my creativity and just cheer me up, which include:

Kalogirou shoes, where I’ve always bought on my Greek trips, since it’s where I find the best designer labels. Being in Kalogirou always takes me back to my younger years. It also reminds me of ‘old Athens’, just like Vourakis Jewels and Angelos Coiffures do.

My perfume, Paris by Yves Saint Laurent, which I’ve been wearing for 30 years.

Cosmetics and make up from Apivita and Korres.

My Magic Cabinet secrets are in the letters I’ve kept from everyone I’ve loved.

I look after my belongings, but especially my photos and photo albums. I rummage through them from time to time and frame my favourites. 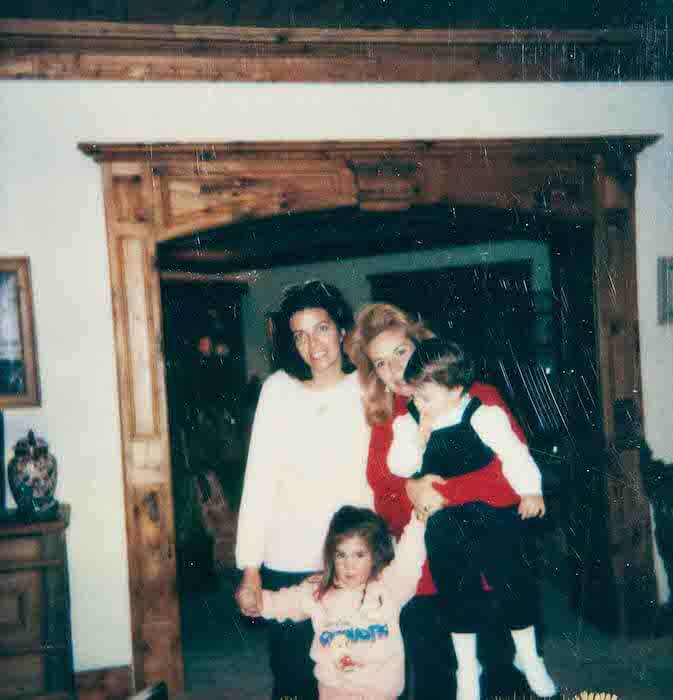 Losing the people closest to my heart, my parents, my brothers and Christina Onassis has made certain things even more precious. I treasure everything they gave me and the letters they wrote to me before they left this world.

Some of my favourite belongings were once Christina’s (Onassis). She came to Argentina before her death and whenever she wasn’t in her hotel, we use to live together in my house. I remember her saying to me that ‘you’re going to have to make space for my things’. As she passed so suddenly, I was left with some of her things like some dresses, a blazer and an ’80s red Channel bag. That red bag makes me feel close to Christina Onassis.

When I was young we use to spend our summers in La Cumbre and then Punta del Este. I’ve been coming to Greece since the age of 15, first with my parents and then with Christina Onassis.

Summers in Scorpios were all about the pastourma we use to secretly eat with Aristotle Onassis as it smelt so bad. Onassis and I used to also love bottarga but we could eat that in the open!

The aroma and flavour of asado meat also take me back to my childhood in Argentina.

My favourite gift is the ring my father gave me when I got married. When I was a little girl Ι use to covet my mother’s single cut diamond ring. She wore it every time she went out and I used to put it on, along with her red shoes, while she got ready. When I was about to be engaged to my first husband, he told my father he was going to give me a family heirloom, a ring with a black stone. My father noticed how my face dropped at that moment and after we’d got engaged and had moved to Sweden, he gave me this little box with a 35 carat emerald ring. I’ll never forget that moment or sell that ring, no matter how bad things get.

My lucky charm is a gold Vourakis bracelet with a turquoise finish, which was a gift from a friend who is sadly no longer with us. 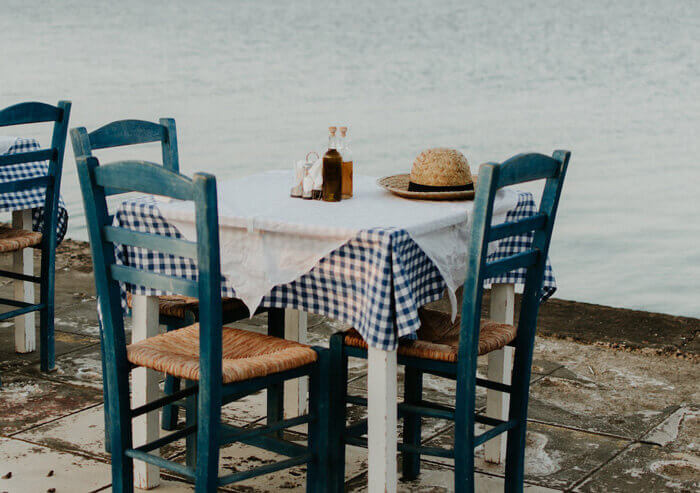 Marina Tsomlektsoglou – Ebeirikou, a descendant of a wealthy Greco-Argentinian family, became widely known because of her relationship with Christina Onassis. They were very close friends and shared their lives’ many ups and downs. Christina was godmother to Marina’s second daughter, also named Christina (Tweety).