Meet Alkis Downward who, on 16-acre estate on the island of Paros, specializes in the sustainable cultivation of Mediterranean plant varieties that flourish in the Cycladic microclimate

I escaped the damp and chill of a blustery wintry night in Athens by diving into the warm, glowing interior of a bistro. As I was cradling an icy drink to warm me up, I saw an old friend. Her companion at dinner was a charming financier based in London and his friend was the father of Πεtra’s founder. I immediately contacted him. He was so proud of his son and so enthusiastic about A Magic Cabinet, that the connection was made!

Πεtra is a family farm set in gorgeous, bucolic surroundings on the Cycladic island of Paros. It was created by Alkis Downward in 2015. On a 16-acre estate between Kolybithres and Lefkes, he specializes in the cultivation of Mediterranean plant varieties which flourish in the local Cycladic microclimate, including capers, figs, olives, grapes, oregano and lavender. These herbs take form as high quality products which represent Greece and all its aromas. Perfect examples are the lavender pouches and the oregano we are selling through our online store. 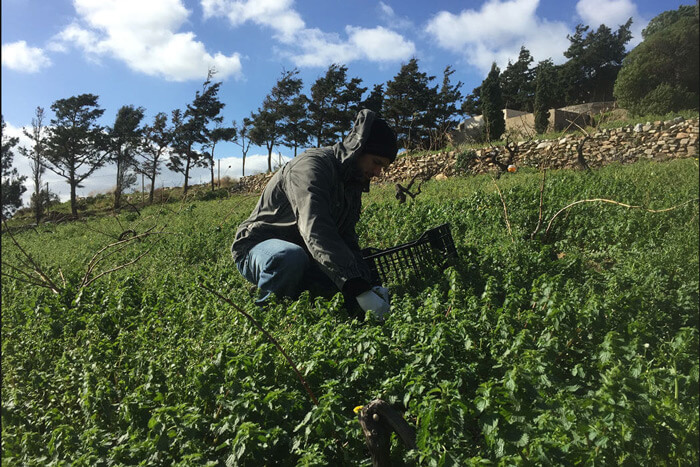 There is very little irrigation and no harmful pest control on the farm and no chemical fertilizers are used. The herbs especially, which are very resilient because of their adaptation to the Paros droughts, are not watered at all which is what makes their taste and aroma so concentrated. The family believes strongly in sustainable farming methods and they feel a sense of duty to the earth they so lovingly tend. Such dedication to the protection of the environment requires both focus and creativity in order to achieve the highest quality of all their products.

Chickens are allowed to strut around the property for a controlled period of the year. Eating seeds and plants, their manure is a freely deposited fertiliser together with natural compost which is also used. The farm is open to visitors of all ages. Even bigger groups can tour the farm, learn about the different plant varieties and try the products for themselves.

The herbs especially, which are very resilient because of their adaptation to the Paros droughts, are not watered at all which is what makes their taste and aroma so concentrated. The family believes strongly in sustainable farming methods and they feel a sense of duty to the earth they so lovingly tend 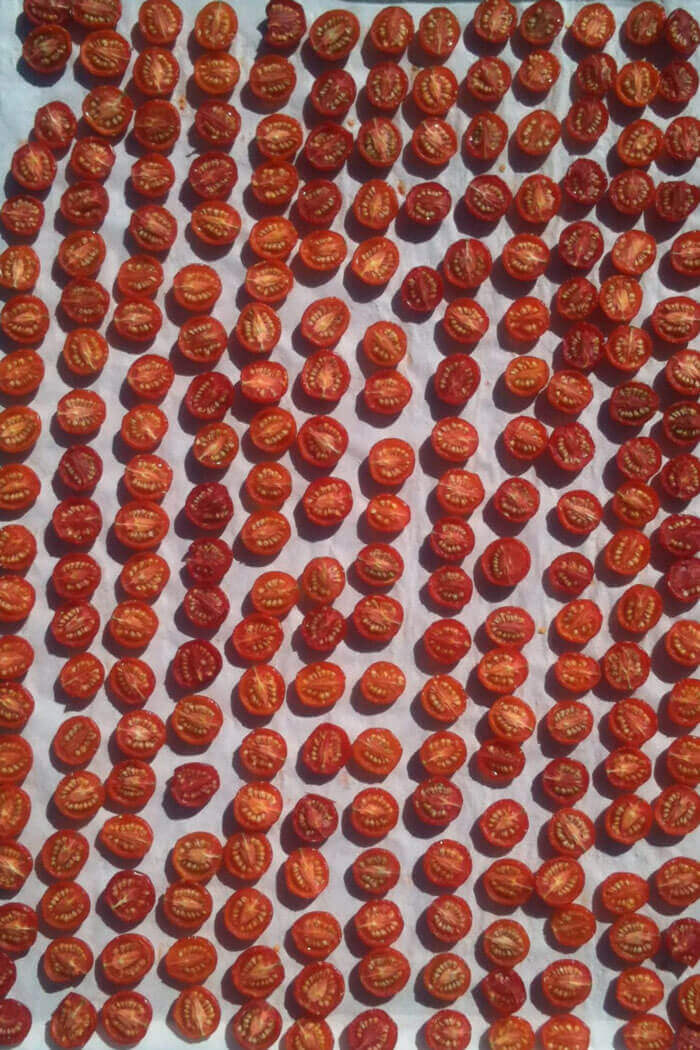 When Alkis was studying Political Science at Georgetown University in Washington, he started volunteering at a community urban garden. He then did a postgraduate degree in Crete on sustainable agriculture, followed by a thesis on mountain tea and mint at the American Farm School of Thessaloniki. Despite having grown up in Athens, he always felt more at home in Paros, where he spent his carefree childhood summers.

In 2015 he began to manage his grandfather’s land in Kolymbithres, which included 100 olive trees and 200 vines. The land was initially acquired by his family in 1986 and Alkis used to help with the olive harvest. When he took it over, he added a number of new crops. His grandfather was the head of the forestry department in Cyprus so the arboreal passion was inherited. 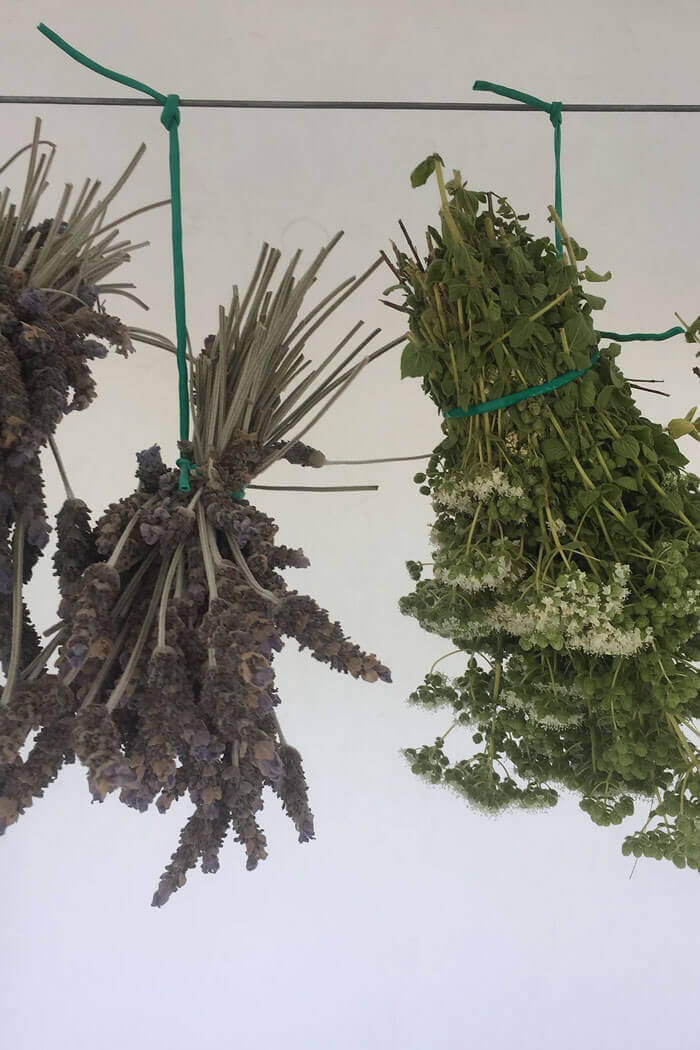 Alkis loves seeing something he planted turn into a product that others enjoy. He also loves working with nature and being aware of the changing of the seasons which is the real barometer of this farm. Without a doubt, the most wonderful season is spring, when everything is in bloom. Oregano and lavender harvests begin around the middle of May when the plants’ essential oil concentration are at its highest.

According to Alkis “in order for lavender to be at its most aromatic, it needs to be picked before it gets really purple and starts drying out”. They harvest it again in the summer and hang it up so it can dry and its aroma can intensify. Oregano is a well-known herb and essential Greek salad ingredient.

Alkis has a full-time assistant and his family helps when needed. The farm is home to some adorable dogs, some goats and rabbits and the most sociable chicken I have ever met. The terraced land is drenched with golden sunlight, commands a view of Kolymbithres bay below and exudes an air of peace.