Stelios Parliaros, who changed the course of pastry making in Greece, opens his Magic Cabinet, full of his favourite objects, meaningful gifts and memories.

The knife Giorgos Calombaris, the famous Greek Australian chef, gave me during an event hosting 700 people, including Greek and international chefs, where myself and Christoforos Peskias were honoured. Giorgos invited me on stage and gave me this knife, which had a special inscription on it. I was very touched as I was surrounded by a number of great chefs and patissiers. It’s very special to me and I keep it hidden away in a drawer so it doesn’t get destroyed in my workshop! 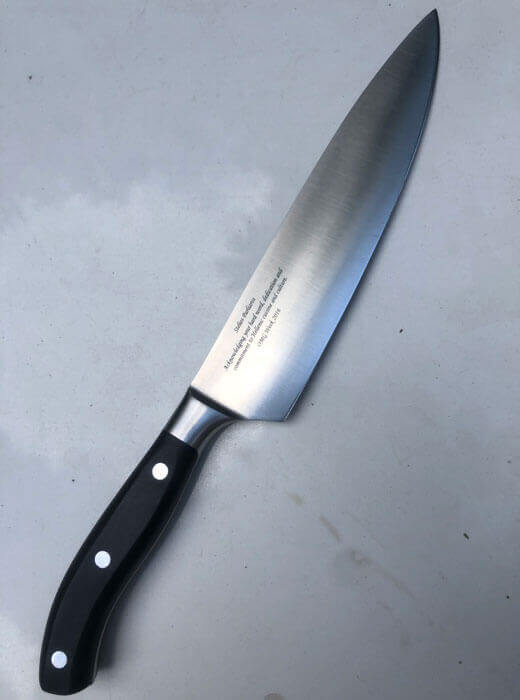 Despite not being religious, my favourite symbol is the cross. About twenty years ago, on a trip to Poland, I came across an artist who transformed old bits of wood into these amazing crosses. I ended up buying a number of them and have been collecting crosses ever since. 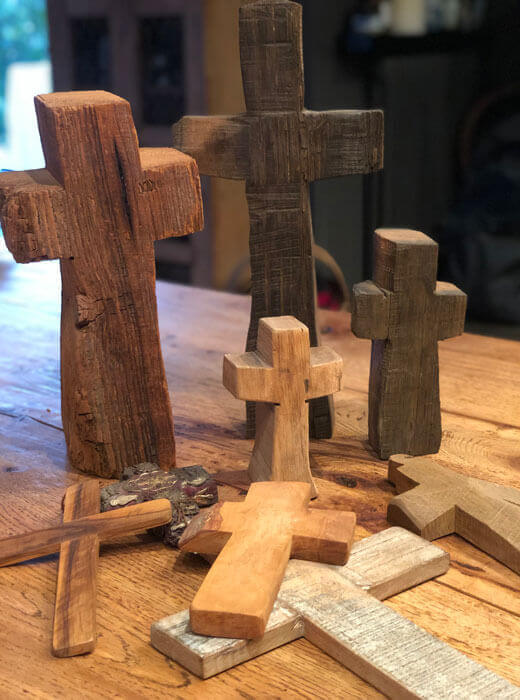 A small dessert mould from Toraya in Japan, the oldest patisserie in the world and suppliers to the Japanese royal family since the 16th century. In 2003, they came to Greece in order to deliver a masterclass and the Greco-Japanese chamber of commerce asked them to visit me! They were incredible! They gave me this beautiful wooden mould. In order to understand their sweets and their symbolism, you need to understand their philosophy. I’ll never forget them telling me that in order to make a wedding cake, they spent six months discussing it with the bride and groom so as to really understand their needs. I find this whole world magical! In 2004 they invited me to Japan and we were able to cook together! 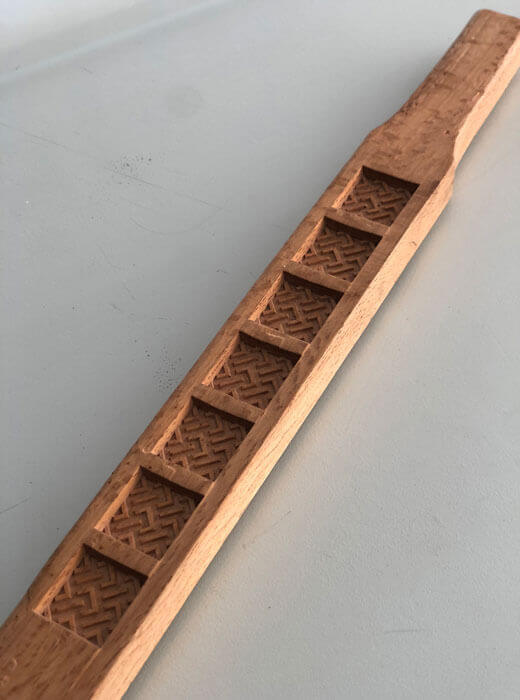 The book «Sweet Alchemies», published in 2004. It’s a book that tries to give Greek patisserie a modern twist. I adopted its title in the new phase of my career. 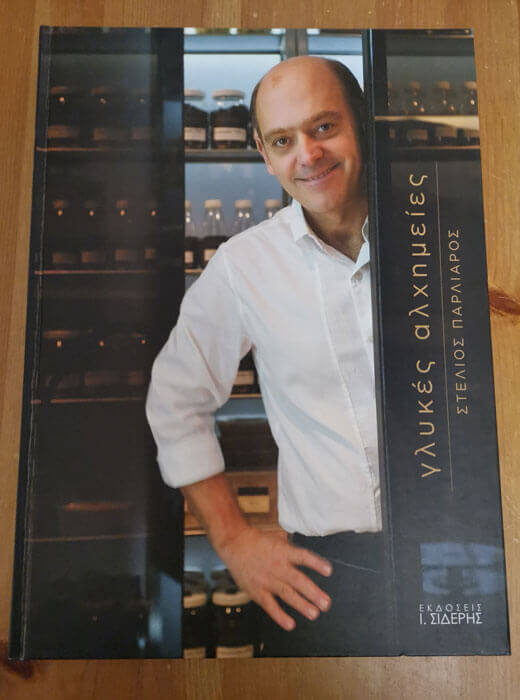 The book «Sweet Alchemies», published in 2004, tries to give Greek patisserie a modern twist. I adopted its title in the new phase of my career.

My first French book. It was given to me by a friend in the 80s. He was a French Portuguese architect, who also had a pastry school, and he wrote a dedication to me in French. 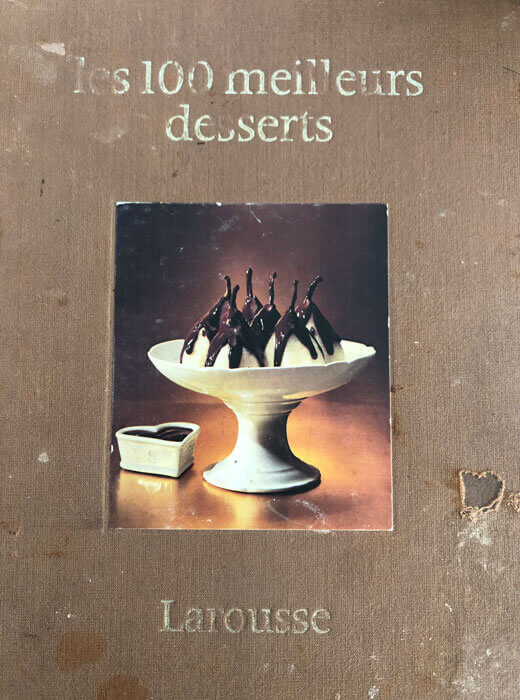 My favourite film is Babette’s Feast.

My favourite books are by the French pastry chef Gaston Lenôtre. They were published in the sixties but are just as relevant today. I consider him my mentor as I studied at his school. 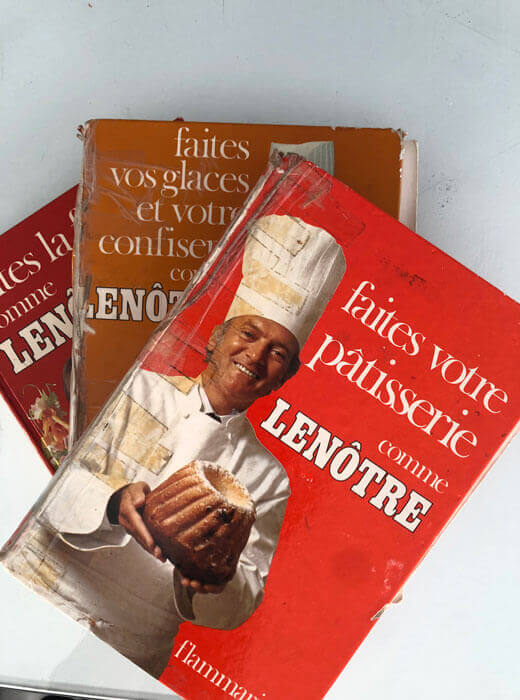 I’ve been listening to the CD Vespers by Rachmaninov. I bought it from some Russian Pontians in a flea market. 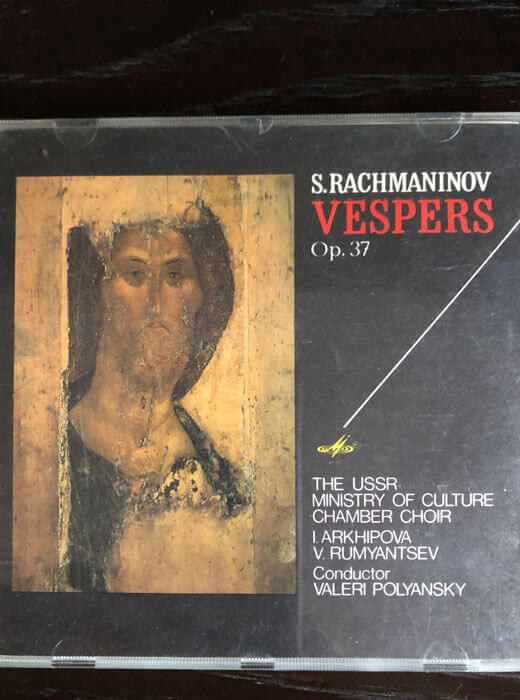 Stelios was born in Istanbul. He studied at Ecole Lenôtre and the Ritz Hotel’s Escoffier school in Paris, the Valrhona school in Lyon and at the famous Fauchon patisserie.

In 1982 he launched «Fresh» and changed the course of pastry making in Greece. He has taught both professionals and amateur bakers and published books on dessert making, which continue to stand out because of their modern aesthetic values.

He began his involvement with the media in the 90s. In 2010, Kathimerini newspaper publishes «Glikes Istories» – Sweet Stories -,the first ever Greek book solely focused on sweets. In 2014, the magazine was renamed «Glikes Alchimies» – Sweet Alchemies.

«Sweet Alchemies» is also the name of his TV show, now in its 12th year.

2020 is Stelios Parliaros’ 40th anniversary as a patissier and he intends to celebrate it with a number of upcoming projects, whose aim is to inject some sweetness into our daily lives!